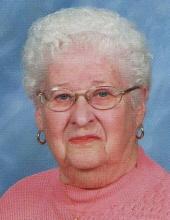 Growing up in St. Louis, Lola was a graduate of Normandy High School. She lived in Fairfield a short time before moving to Ottumwa and worked for James E. Taylor Advertising for 30 years.

She was a member of Willard Street United Methodist Church. She enjoyed dancing in her youth, sewing and attending Bunco Club. She also enjoyed playing golf with her husband.

She was preceded in death by her parents, and a sister, Margaret Walker.

Private inurnment will be in Ottumwa Cemetery.

Memorials may be made to Heartland Humane Society or to Timber Ridge Assisted Living.