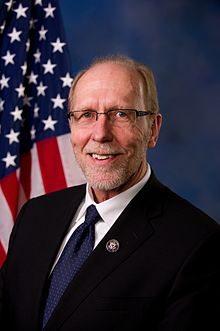 Congressman Dave Loebsack announced Friday afternoon that we will be retiring when his term comes to an end.

Loebsack has been the representative of Iowa’s second congressional district since 2006. He beat Republican Jim Leach, a 30 year incumbent, to win the seat.

In a statement, Loebsack said that he planned on retiring after getting re-elected in 2016, but after Donald Trump was elected president, Loebsack decided to run again in 2018 since he was the only Democrat in Iowa’s congressional delegation. In 2018, Democrats Abby Finkenauer and Cindy Axne were elected as representatives to Iowa’s first and third districts respectively.