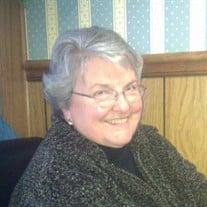 Linda J. Foster of Oskaloosa and formerly of New Sharon, died Thursday, March 24, 2022, at the Oskaloosa Care Center in Oskaloosa. She was born December 11, 1946, in Mahaska County, the daughter of Jake and Helen Cubit Goemaat. She graduated from North Mahaska High School with the class of 1965. She continued her education earning her B.A. in Education from Iowa Wesleyan University in 1967 and her master’s in education from University of Northern Iowa in 1976.

In June of 1967, she was united in marriage to David Foster at the Central Reformed Church in Oskaloosa. To this union a daughter Stacey was born. Linda and David later divorced. Linda enjoyed the companionship of Roger Van Baalen until his death in November of 2020.

Linda was a lifelong educator. She started her career in the Lynnville Sully School System, and later as the Media Specialist and teacher for the North Mahaska School District and last for the Oskaloosa Community School District, retiring from there in 2007. In retirement she worked at the Stilwell Library in New Sharon.

She was a member of the Central Reformed Church in Oskaloosa, P.E.O. Chapter NN. She enjoyed reading, gardening, sewing, tending to her houseplants, watching Jeopardy and cooking and sewing shows on television. Above all she delighted in spending time with her family especially her daughter and grandchildren.

Linda was preceded in death by her parents; a brother, Allen Goemaat; and a brother-in-law, Daryl Nieuwsma.

Funeral services will be held Tuesday, March 29, 2022, at 10:30 a.m. in the Central Reformed Church in Oskaloosa with Pastor Marvin Knoot officiating. As was Linda’s wish her body will be cremated following the funeral ceremony. Burial of the urn will be in the Union Mills Cemetery at a later date. The Bates Funeral Chapel is in charge of the arrangements. Visitation will begin Monday after 11 a.m. in the Bates Funeral Chapel and the family will be at the funeral chapel from 5-7 Monday evening to greet friends and relatives. Memorials may be made to Parkinson’s Foundation or Stilwell Library in New Sharon.