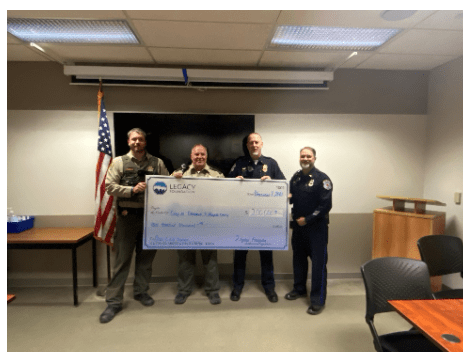 Local law enforcement will be receiving new records management software thanks to assistant from the Legacy Foundation.

According to a press release, The Wapello County Board Of Supervisors and the Ottumwa City Council approved the new software proposed by Wapello County Sheriff Don Phillips and Ottumwa Police Chief Chad Farrington. It was made possible by $200,000 in funding from the Ottumwa Legacy Foundation, as well as support from other city and county officials.

According to Don Phillips, the new software was needed as the current systems were outdated and made it difficult to share information.

“Currently the Police Department And sheriffs office have been on two different systems. The system we’re using, we’ve had for 20 years, and with Technology evolving the way it does these days we were due for an update. The nice thing about this new software, it will allow us to have sharing of information between the DEPARTMENTS.”

According to Phillips, the Legacy Foundation was very supportive of the new system, and even somewhat surprised that such a system wasn’t already in place.

The new software, called Central Square, will be implemented over an 8 to 12 month period.