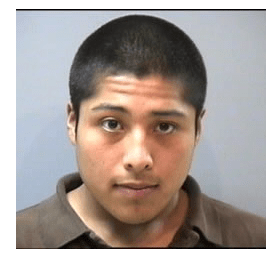 The Wapello County Sheriff’s Office is on the hunt for an individual on Iowa’s Most Wanted sex offender list.

Wapello County Sheriff Don Phillips implemented a sex offender registry compliance check program in February of this year. The goal of the program was to validate the information being provided by the approximately 150 sex offenders living in Wapello County. Every other month, Deputies split up the total number of offenders and traveled to the listed addresses to validate the information the offenders are required to provide.

During the course of the program, the whereabouts of several offenders was unknown and warrants were issued. Four of those individuals appeared on the Iowa Sex Offender Registry’s Most Wanted list. Those four individuals have since been arrested and removed from the list. Phillips states his belief that the program has already produced results and made Wapello County safer. At this time there is one individual currently on the Most Wanted list that has warrants from Wapello County.

According to the press release, 33 year old Jary Armando Jimenez has multiple arrest warrants in Wapello County, one being for a Probation Violation for an original charge of Lascivious Acts with a Child as well was an arrest warrant for 3rd Degree Sexual Abuse. Said warrants were issued in 2007 and 2008 and are still active. The whereabouts of Jimenez are unknown at this time.