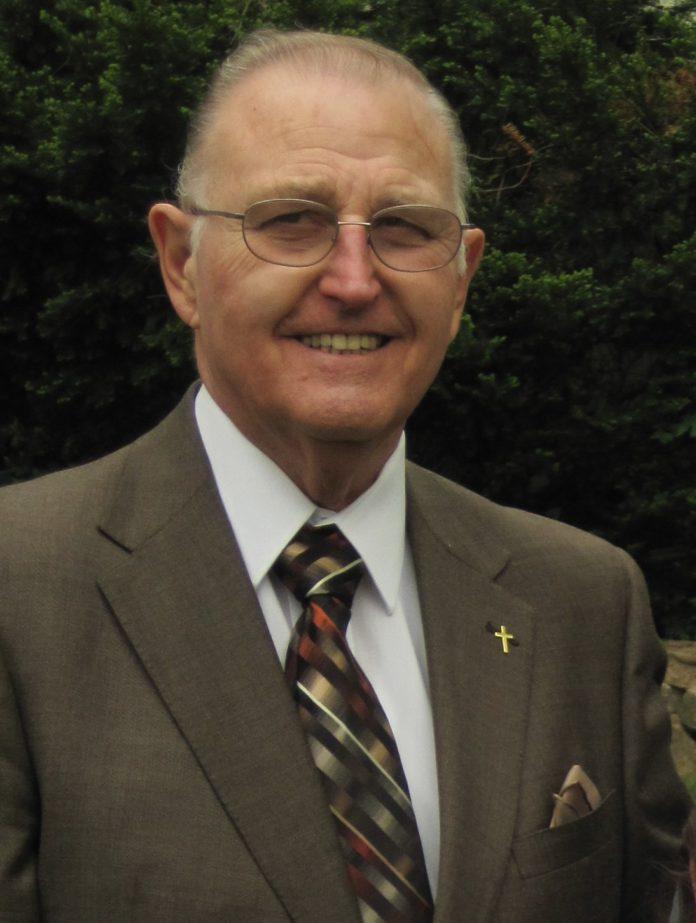 Kenneth Wayne Mehrhoff, age 82 of Centerville, passed away Tuesday, February 16, 2021 at his home.

Ken was born on December 11, 1938 in Appanoose County, Iowa, the son of Kenneth Wayne Mehrhoff Sr. and Bessie Eleanor (Houser) Mehrhoff.  He graduated from Cincinnati High School with the Class of 1956.  On July 15, 1956, Ken was united in marriage to Joyce Joann Thomas at the Exline Christian Church.  To this union, three children were born, Danny, Donna, and Debbie.

Following high school, Ken worked at Jim Irelan Men’s Wear for 10 years.  He then worked at Parks and Brunt Ford Motors for a period of time before his employment at Sinclair Gas Station for 7 years.  He was also employed with DeVore Ford Motors and Hahn Motors in the parts department until he became an ordained minister in 2009.  For 6 years, Ken was a minister at Seymour Christian Church.  He was also a minister at the Drake Avenue Christian Church in Centerville for many years.  During his extensive work history, Ken also worked for Rathbun Rural Water Association for over 30 years.  He retired from RRWA, and continued to lead his Christian life.

Ken was always involved in the community he resided in, as well as surrounding areas.  Ken and Joyce opened up their hearts, and became foster parents to several children throughout the years.  He also officiated Baseball, Softball and Football for 32 years.  Ken was the Head Varsity Softball coach at Seymour High School for several years.  Upon moving to Centerville, He was the Assistant Varsity Softball Coach in Centerville, and a volunteer for the Centerville Fire Department.  Ken’s greatest accomplishments in his life were his grandchildren, Brandon, Brooke, Brent, Kaylee and Sarah.  He would light up anytime someone asked about them, and enjoyed telling stories about their accomplishments.

Ken was preceded in death by his parents, Kenneth Sr. and Bessie Mehrhoff; his wife, Joyce Joann Mehrhoff; a son, Danny Mehrhoff, In-Laws, Ben (Eva) Thomas; as well as several aunts and uncles.

Funeral services will be held at 11AM, Saturday, February 20, 2021 at Lange Funeral Home and Crematory in Centerville, with Pastor Brian Hargrave officiating.  Burial will follow the funeral service at Pleasant Hill Cemetery in Cincinnati, Iowa.  Visitation will take place Friday, February 19, 2021 at Lange Funeral Home in Centerville with the family greeting friends from 5-7PM.   Masks are not required, but are recommended when entering the facility.   Memorials have been established to the Family of Kenneth Wayne Mehrhoff, to be determined at a later date, and may be mailed to Lange Funeral Home and Crematory, C/O Mehrhoff family, 1900 South 18th Street, Centerville, Iowa 52544.  Condolences may be shared online at www.langefh.com.