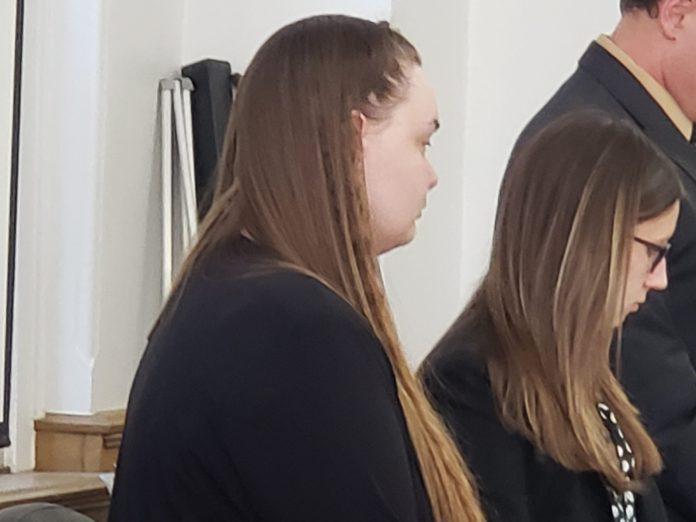 The retrial for an Ottumwa woman accused of killing her daughter began on Tuesday.

Kelsie Thomas was charged in 2018 with 1st Degree Murder and Child Endangerment Resulting In Death following the death of her daughter Cloe Marie Chandler. In March of 2020, Thomas was acquitted of Child Endangerment Resulting In Death, but the jury was unable to come to a verdict for the charge of 1st Degree Murder. As such, a mistrial was granted on that charge. The Wapello County Attorney’s Office chose to re-try Thomas on the remaining charge. Kelsie Thomas chose to waive her right to a jury trial and instead chose to undergo a bench trial, meaning that her fate would be decide by a judge rather than a jury.

Dr. Michele Catellier was the first state witness to testify, appearing via Zoom. Iowa court procedure doesn’t explicitly provide for such an arrangement, and though the State and Defense had agreed to such testimony, as a formality Judge Lucy Gammon asked Kelsie Thomas if she was knowingly waiving her right to have witnesses testify in person, to which Thomas affirmed.

County Attorney Rueben Neff asked Catellier to walk the court through Chandler’s autopsy. Initial interviews showed that Thomas told police her daughter had accidentally hung herself with a pair of pajama pants while playing, however, Catallier stated that the neck trauma found on Cloe was not consistent with Thomas’ account of an accidental hanging.

Upon cross-examination, the defense asked if it was possible that Thomas’ story could explain Cloe’s injuries. Dr. Catellier stated that severe neck injuries, such as those she observed in Cloe, were rare in cases of hanging. Catellier also mentioned the presence of vomit discovered in Cloe’s room, calling such a discovery a “puzzling variable” that she did not find to be consistent with what she would have expected of a victim who was found hanging, removed from such a position and was not alive at the time they were found.

DCI investigator Don Schnikter also testified regarding the circumstances and proceedings of Kelsie Thomas’ interview on July 24, 2020, which he stated had lasted around 5 hours. He stated that Thomas was given bathroom breaks as well as water. He further stated that Thomas had asked to leave the interview, and upon being told she could do so, chose not to leave. He additionally state that upon the conclusion of that day’s interview she had agreed voluntarily to return the next day for further questioning. In the previous trial, the defense had argued the Thomas’ confession had been coerced.

Ottumwa Police Department investigator Michael Sieren then testified for the State. He mentioned what he believed to be inconsistencies in Thomas’ account of the day in question, such as her statement that the pajama pants in the closet that Cloe was found hanging from dropped immediately to the floor upon her extrication (Thomas’ had previously stated her belief that Cloe had tied the pants to a hook in the closet in a attempt to make a swing.. He further stated that Thomas’ alleged lack of emotion during the interview struck him as odd.

The re-trial of Kelsie Thomas will continue on Wednesday, October 14 at the Wapello County Courthouse. Video footage of the trial can be found on YouTube at Law & Crime Network.