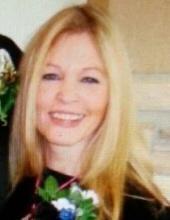 She was born August 15, 1952 in Greene, IA to Kenneth L. and LaRue Jean Miles Keith. She married Marc Hines, of which 2 children were born, Justin and Amber. They later divorced. She married Scott Gray December 23, 1998, and helped raise his daughter, Addie.

Kathy supported and volunteered in many local organizations. She greatly enjoyed her fellowship with the Methodist Women’s Bible study and was a member of PEO Chapter HR. She was most recently involved with Child Evangelism Fellowship, which included the Good News Club and 5-Day Clubs. She was passionate about her pets and shared her beautiful horses with many friends and family members.

Kathy was a devoted Christian, loving mother, grandmother and an extraordinary caring woman.

She was preceded in death by her parents, and 2 brothers, Daniel Keith and William Keith Sr.

Her body has been cremated. Friends may sign the register book or leave a memorial from 9 a.m. to 3 p.m. Thursday, February 18th at Reece Funeral Home. The family will be present to greet friends from 4 p.m. to 7 p.m. Thursday. Online condolences may be left for the family at www.rfh-ia.com.

Private memorial services will be held at Reece Funeral Home with Pastor Chris Childs officiating. For those unable to attend the service, you may watch it live at 1 p.m. Friday, February 19th on the Reece Funeral Home Facebook page. Inurnment will be in Ottumwa Cemetery.

Memorials may be made to Grace Church.