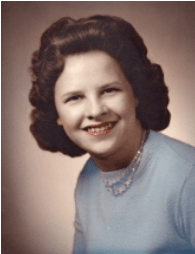 She was born September 8, 1944 in Bloomfield to Robert and Esther Ripperger Waddle. Judy married Ronald LaRue on February 1, 1964 and he preceded her in death on November 11, 2004.

A graduate of Cardinal High School, Judy was a stay at home mom, taking care of her kids, grandkids and others in the neighborhood.

Judy had lived in Arkansas for several years before moving back to Eldon 15 years ago. She enjoyed quilting, sewing and attending flea markets while in Arkansas.

She was preceded in death by her parents and a sister, Agnes Fitzsimmons.

Funeral services will be 1 p.m. Wednesday, December 14th, at Reece Funeral Home with Pastor Mark Clark officiating. The service will be livestreamed on the Reece Funeral Home Facebook page. The family will be present to greet friends one hour prior to the service. Burial will be in Chisman Cemetery.