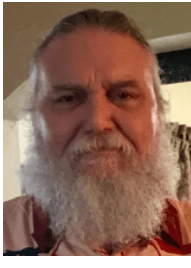 He was born April 25, 1965 in Davenport to James Thomas and Patty Louise Stoher Hurley Sr. He married Teresa Lathrop August 5, 2017.

A 1986 graduate of Ottumwa High School, Jim served in the Iowa Army National Guard from 1986 to 2004, serving in Desert Storm, Egypt and Operation Iraqi Freedom. He was a heavy equipment operator, a sandblaster and painter at various places including Cargil, and was a supervisor at Bridge City Sanitation.

For the past 10 years, Jim was a member of the Chosen Few Motorcycle Club, where he was known as “Moonshine.” He was also a member of ABATE of Iowa District 14 and Christian Motorcyclists Association.

He was preceded in death by his father, James Hurley Sr.

His body has been cremated. Memorial services will be 2 p.m. Tuesday, September 6th at First Pentecostal Assembly of God with Pastor Richard Schlotter officiating. Military honors will be conducted by Walter B. Schafer Post #775 Veterans of Foreign Wars and O.B. Nelson Post #3 American Legion. For those unable to attend, the service may be viewed live on the First Pentecostal Assembly of God Facebook Page.