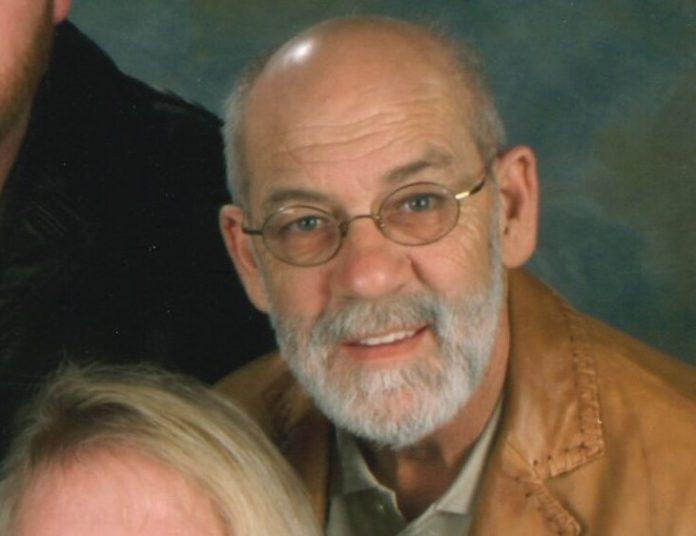 James LeRoy Goodman was born on July 24th 1949 in Centerville, Iowa. His parents were Helen (Angaran) Goodman and Billy Leroy Goodman. He was raised by his great-grandparents Bessie Privett Goodman and John Louis Goodman. Jim was an only child doted on by his Grandma Bessie. He started work at a young age sweeping up local barber shops in town and in high school, worked at the Daily Iowegian and the Box Factory.

Dad picked up the guitar as a teenager. He was the rhythm guitar player for bands of the time period like the Field Stone Four and the Glass Front, which became some of the most popular local bands in southern Iowa in the mid to late sixties with his cousins Johnny and Benny Goodman, and Dale and Terry Thomas.

Upon graduating high school, he enrolled in Auto Mechanics at Centerville Community College, while working at McGraw-Edison.  In 1969 he married the love of his life, Mary Katherine Johnson on June 28th, 1969 at the First Baptist Church in Centerville. Upon graduating from Auto Mechanics in 1970, he was drafted into the Army to serve in Vietnam. He served in the Infantry carrying the M60 machine gun from 1970-1972. He was awarded the Bronze Star for heroic service under fire, the Air Medal for 25 missions by Helicopter, two Purple Hearts, and the Combat Infantry Badge.

Upon returning home from Vietnam, Jim and Mary started a family and had a son, Jody Lee Goodman in May of 1973 and another son, Toby James Goodman in June of 1975. In the 1970’s Jim worked for Centerville Monument engraving and setting headstones. In 1979 he started working for Iowa Southern Utilities as a Journeyman Electrician and later worked his way up to Substation Foreman when he retired in 2011 from ITC Transmission.

A lifelong lover of music, his taste for rock and roll changed to a love for Bluegrass music after attending the Sally Mountain Bluegrass Festival in Queen City, MO and becoming a fan of Rhonda Vincent and the Rage. Jim took up the mandolin, and also became the campground electrician at the Sally Mountain festivals after a time and enjoyed keeping the campers in power. Jim and Mary followed Rhonda Vincent and the Rage all over America and in Europe, going to over five hundred shows over the last seventeen years.

Dad leaves behind his beloved wife, Mary of almost 51 years; his sons, Jody and Toby; his only grandson, Dean Martin Goodman; and Mom and Dad’s dog, Buckley.

Funeral services will be held at 10:00AM, Wednesday, May 27, 2020 at Lange Funeral Home and Crematory in Centerville with Jody Goodman officiating.  The funeral home will be assisting the public with social distancing guidelines during the service.  Burial will follow the service at Haines Cemetery, north of Centerville, with military rites conducted in honor of Jim’s service to his country.  A visitation will take place on Tuesday, May 26, 2020 at Lange Funeral Home in Centerville, with the family greeting friends from 4-7 PM.  Due to the Covid-19 guidelines, during the visitation, only ten people will be permitted inside the facility at one time.  Memorials have been established to the Dean Goodman College Fund, and may be mailed to Lange Funeral Home and Crematory, 1900 South 18th Street, Centerville, Iowa 52544.  Condolences may be shared online at www.langefh.com.