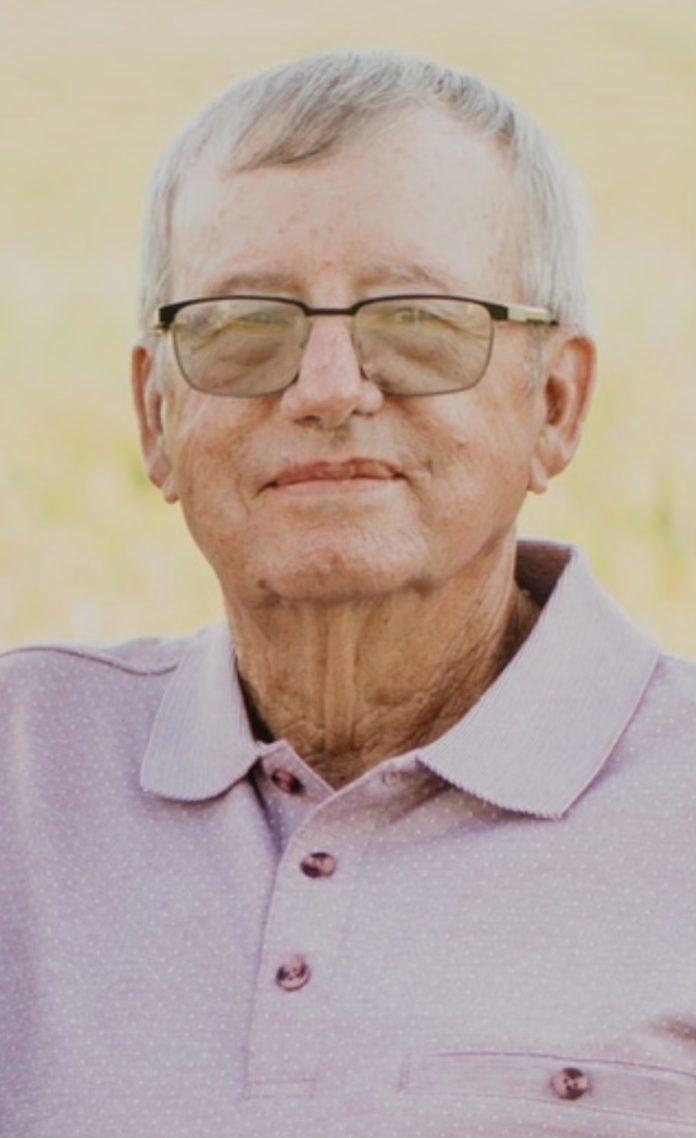 Jerry Melvin Sloan, 82, of rural Eldon, passed away on November 21, 2021.  Visitation will begin at 3 p.m. Tuesday, November 23rd at the Eldon Christian Church with the family present 5-7 p.m.   A graveside service will begin at 2:00 p.m. on Wednesday, November 24, 2021, at the Bethlehem Cemetery in rural Floris with Pastor David Bowden officiating. In lieu of flowers, memorial contributions in Jerry’s honor may be directed to the family to be divided among several organizations that were important to Jerry. Memorials may be left at the church or mailed to 31189 Venus Trail, Eldon, IA.

Jerry was born to Harley and Verna (Melvin) Sloan on August 01, 1939, in Davis County, Iowa. He grew up on the family farm south of Eldon, IA.  He graduated from Eldon High School in 1957 and Parsons College in 1961. He married Beverly Moffett on
July 13, 1975, in Mt. Pleasant.  Jerry farmed with his family his entire life.  He was a member of Eldon Christian Church.  He served on various boards throughout his life, including the Wapello County Fair board, Association of Iowa Fairs and Cardinal School Board.

He was preceded in death by his parents, Harley and Verna.

He is survived by his wife, Beverly; daughter, Lisa Sloan; son, Kevin Sloan and daughter-in-law Tiffany; four granddaughters, Alissabeth, Allison, Lauren and Carly Sloan; and a brother Jim Sloan.  As well as many extended family and friends.