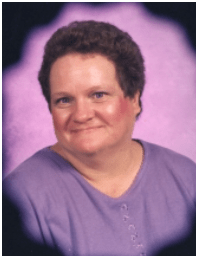 She was born May 10, 1950 in Ottumwa to Donald LeRoy and Shirley Patricia Lingle Terrell.

A graduate of Ottumwa High School, she worked as a nurses aid at Ottumwa Manor. Janet attended The Church at Fourth and Washington.

She was preceded in death by her parents, a son, Shannon Terrell; infant brothers, Jonathan and Gregory Terrell.

Visitation will be open after 10 a.m. Tuesday, April 19th at Reece Funeral Home with her family present to greet friends from 5 p.m. to 7 p.m. Tuesday.

Funeral services will be 10 a.m. Wednesday, April 20th at Reece Funeral Home with Dave McSpadden officiating. For those unable to attend, you may view the service live on the Reece Funeral Home Facebook page. Burial will be in Shaul Cemetery.