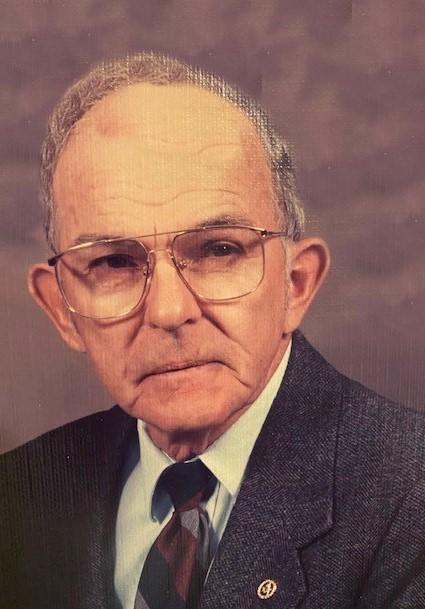 James Casady Zeitler, 99, of rural Douds, IA passed away on Friday, September 9, 2022, at his home with his family by his side. Funeral services will begin at 1:00 p.m. on Wednesday, September 14, 2022, at the Douds United Methodist Church with Tim Sprouse officiating. Burial will be in the Sunnyside Cemetery in Milton, IA immediately following the service. Visitation will be held at the Pedrick Funeral Home in Keosauqua, IA on Tuesday, September 13, 2022, beginning at 2:00 p.m. with a Masonic Service beginning at 4:30 p.m. The family will be present to greet friends from 5:00 p.m. until 7:00 p.m.

Memorial contributions in James’ honor may be directed to the Douds United Methodist Church or to the Sunnyside Cemetery Association. Friends may sign the online guestbook at www.cranstonfamilyfuneralhome.com.

James Casady Zeitler was born on May 15, 1923, in rural Douds, IA the son of J. Edwin and A. Marie Casady Zeitler. His early years were spent growing up on the farm and attending country school. Jim graduated with the Milton High School Class of 1942. It was during his time in school that he met the love of his life Norma Gaffney. The two began their journey together as husband and wife in 1943. James and Norma spent a short period of time in Colorado where he worked in the coal mines before buying the farm and moving back home. Together they became the loving parents of four boys: Fred, Jim, Rodney, and Matt. James raised row crops and livestock with the help of Norma and the boys. He was the kind of farmer that was always a good neighbor and would help anyone who needed it. James was active in the community as a member of the Douds United Methodist Church and the Masons, as well as serving on boards at the Van Buren Community School, Farm Bureau, and the Milton Creamery.

When he found time to get away from the farm he enjoyed traveling with Norma to Arizona and visiting the occasional casino. No matter how busy James was he always made time to attend his grandchildren’s activities. James was a storyteller and would visit with anyone he met. He will be missed deeply by his family and friends, but he will live on in the stories that are shared for many years
to come.

James was preceded in death by his parents; two siblings, Harold Zeitler and Cleone Wells, and a daughter-in-law, Nancy Zeitler.