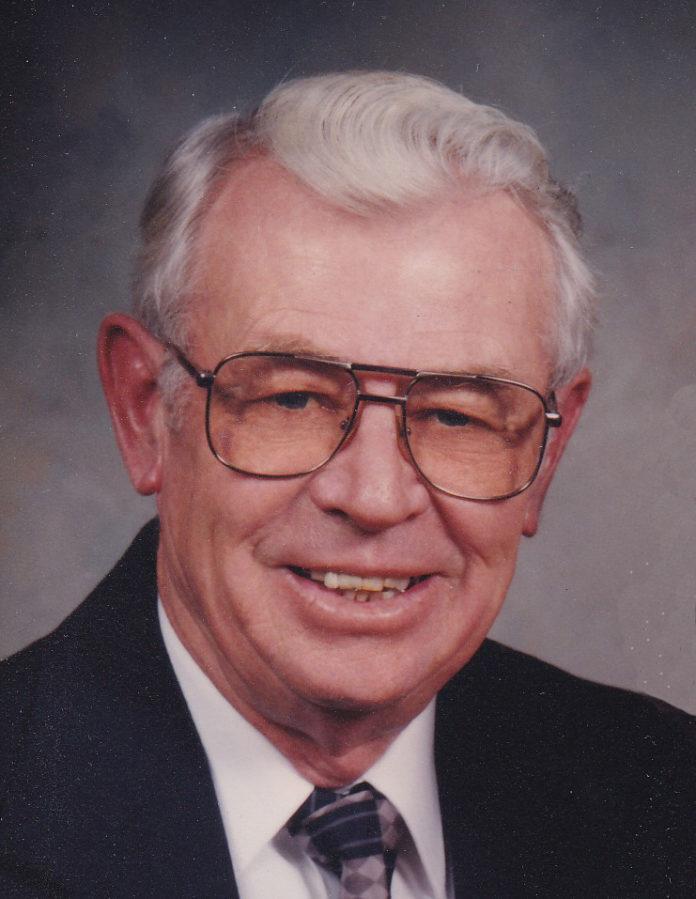 Jim was born April 9, 1931, in Oxford, IA, the son of Dennis and Rachel Linkhart Kennedy. He graduated from Oxford High School in 1950 and proudly served as Corporal in the United States Marine Corps during the Korean War. Upon his return from service, he married Rosemary Miller in Oxford, IA on October 21, 1954.

Jim was an active member of the VFW and emceed many Memorial Day celebrations in Fairfield. In addition, he was a member of the American Legion and Elks (B.P.O.E. 1192). Jim, along with his wife Rose, was a strong supporter of FHS athletics. He was president of the Fairfield Booster Club and he was the first radio broadcaster for FHS sports along with Don Swan.

Jim is survived by his wife, Rose, and their children: Barbara (Bob) Kistler of Fairfield, Kevin (Sheila) Kennedy of Ingleside, IL, Tom (Maureen) Kennedy of Quincy, IL, Ted (Barbara) Kennedy of Phoenix, AZ, and Martha (Joe Hobaica) Kennedy of Brooklyn, NY; 11 grandchildren; and 3 great-grandchildren. Survivors also include his sister, Mary Knowling of Oxford, IA, and many nieces and nephews.

Cremation will follow the service with inurnment at a later date at Mt. Calvary Cemetery, Oxford Iowa.

Memorials may be made to FHS Athletics or FHS Drama Club and mailed to 503 Hillside Drive, Fairfield, Iowa 52556.