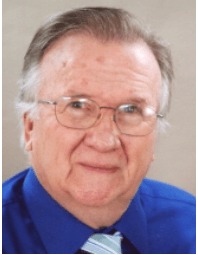 A 1957 graduate of Ottumwa High School and a 1959 graduate of the Electronics Institute, he served in the Iowa Army National Guard. Jim owned and operated Bailey Drywall.

He enjoyed fishing, woodworking and spending time with his family.

He was preceded in death by his parents; a sister-in-law, Dixie Bailey and a brother-in-law, Bill Morris.

Visitation will be open at 1 p.m. Wednesday, January 19th at Reece Funeral Home with the family present to greet friends from 5:30 p.m. to 7:30 p.m. Wednesday.

Funeral services will be 3 p.m. Thursday, January 20th at Reece Funeral Home with Chaplain Doug McAntire officiating. For those unable to attend, you may watch the service live on the Reece Funeral Home Facebook page. Cremation will follow the service with inurnment in Forest Cemetery in Oskaloosa at a later date.

Memorials may be made to Hospice Serving Davis and Wapello Counties.