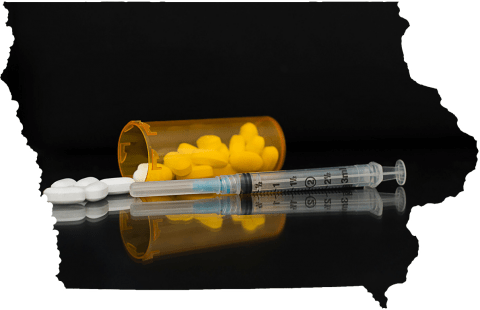 Iowa will receive nearly $4.7 million as a result of settling a lawsuit related to the ongoing opioid crisis.

Iowa will receive $4,677,279 over five years as part of a settlement with one of the world’s largest consulting firms, McKinsey & Co., over its role in fueling the opioid epidemic. Attorney General Tom Miller joined the coalition of attorneys general from 47 states, the District of Columbia and five U.S. territories in the $573 million settlement, which resolves investigations into the company’s role in helping opioid companies promote their drugs.

The settlement, after payment of costs (including attorney’s fees), will be used to help with problems caused by opioids, including paying for substance abuse treatment services for Iowans. This is the first multi-state opioid settlement to result in substantial payment to the states to address the epidemic.

“McKinsey played a critical role in developing and amplifying dangerous messages about opioid use that Purdue Pharma and others perpetuated for years,” Miller said. “This settlement agreement will allow us to help Iowans who suffer from the impact of the opioid crisis by supporting and expanding needed substance abuse treatment services.”

In addition to providing funds to address the crisis, McKinsey must prepare tens of thousands of its internal documents detailing its work for Purdue Pharma and other opioid companies for public disclosure online. In addition, McKinsey agreed to adopt a strict document retention plan, continue its investigation into allegations that two of its partners tried to destroy documents in response to investigations of Purdue Pharma, implement a strict ethics code that all partners must agree to each year, and stop advising companies on potentially dangerous Schedule II and III narcotics.

Iowa’s suit describes how McKinsey contributed to the opioid crisis by promoting marketing schemes and consulting services to opioid manufacturers, including OxyContin maker Purdue Pharma, for over a decade. The complaint, filed with the settlement, details how McKinsey advised Purdue on ways to maximize profits from its opioids, including targeting high-volume opioid prescribers, encouraging physicians to prescribe more OxyContin to more patients, and circumventing pharmacy restrictions to deliver high-dose prescriptions. When states began to sue Purdue’s directors for their implementation of McKinsey’s marketing schemes, McKinsey partners began communicating about deleting documents and emails related to their work for Purdue.

The opioid epidemic continues to take a toll on Iowa. Early data from 2020 show more than a 30% increase in opioid overdose deaths over 2019, according to the Iowa Department of Public Health. In addition to deaths, Iowa has seen a substantial increase in both emergency and long-term care for people with opioid overdose and opioid use disorder over the last 20 years.

I am to am on the list representative ask&ask will you be paying us Iowan’s whose also in the suit? Or straight from the lawyer’s?