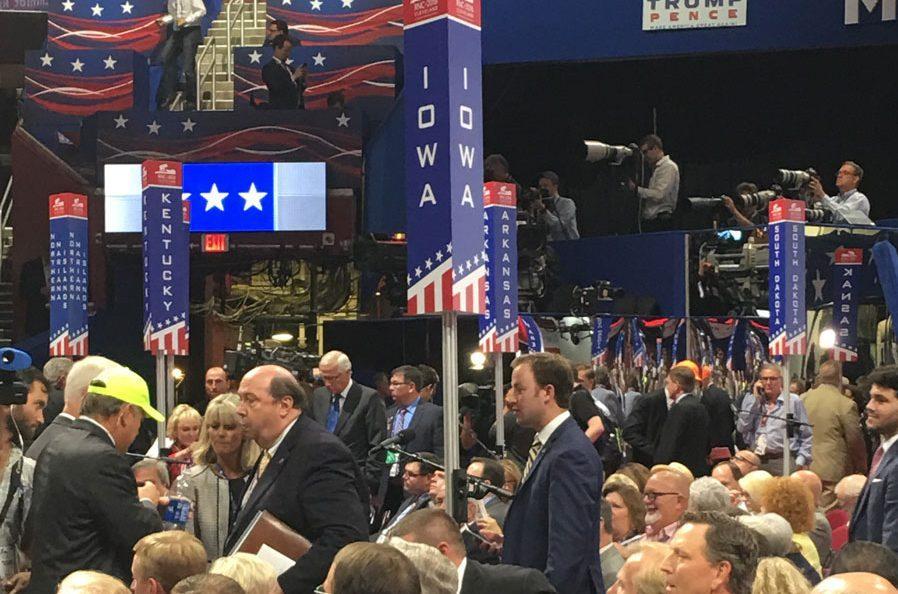 An Iowa delegate at the Republican National Convention has walked out in protest over what he calls the “strong arm tactics” of party leaders.

Cecil Stinemetz of Urbandale was among the Ted Cruz backers pushing for convention votes to change some party rules.

“It’s a farce. Everybody knows what they’re doing,” Stinemetz told Radio Iowa late this afternoon. “We stood up and screamed: ‘Roll call vote!’ They had to go back stage for 10 minutes to figure out what they were going to do with it. So what’d they do? They just ignored it and went on.”

Iowa GOP officials say any time a delegate leaves the floor, it is “common practice” to replace them with an alternate. Stinemetz plans to drive back to Iowa soon, perhaps starting out tonight.

Stinemetz said he’s done listening to “all that garbage” about party unity.

Kaufmann, in brief remarks before introducing the morning’s guest speaker, described the GOP as “a family.”

“Now, nobody says the family can’t be dysfunctional sometimes. Nobody says that at Christmas dinner we can’t have an argument or two. I know we do at my in-laws,” Kaufmann said. “…Don’t forget the main thing about all of this and that is: No Hillary Clinton.”

Stinemetz and others had hoped to advance new party rules for the 2020 presidential campaign, penalizing states that hold “open” primaries and caucuses, allowing Democrats and independents to vote in the Republican presidential contest. Others objected to party rules they say are designed to keep secret the contact information of Republican National Committee members.