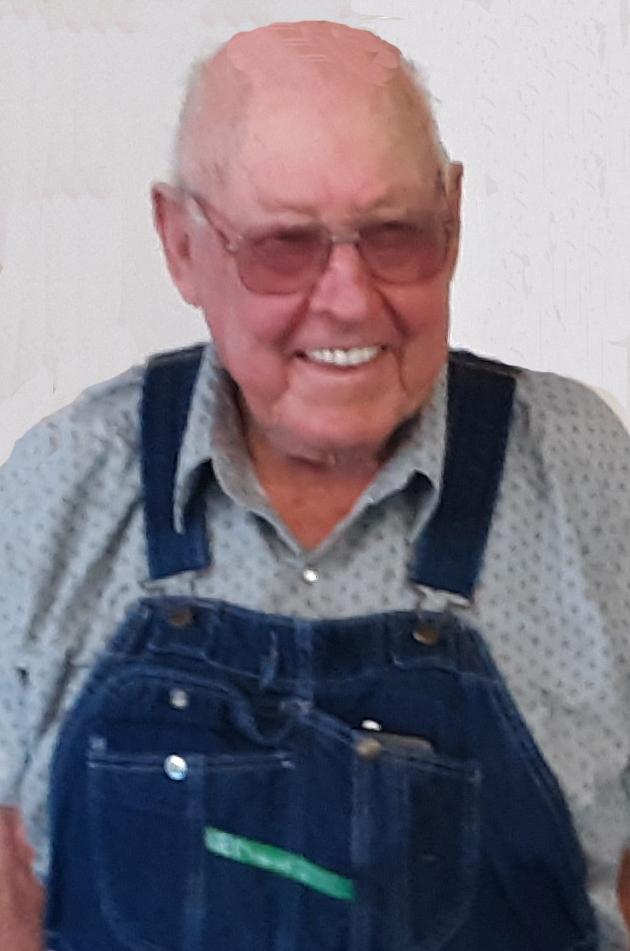 Howard Nelson Smith (90) passed away October 3, 2020 at his home. Howard was born January 29, 1930 in Blakesburg, IA to Lawrence and Edna (Derby) Smith. He married Shirley Anne Wilson October 2, 1954 in Ottumwa, IA. They celebrated 60 years of marriage before she passed away April 27, 2015. Howard served in the Army during the Korean War conflict. He farmed for over 60 years.

Howard was well known in the community for his draft horses and antique tractors which were often seen at local parades and shows. He volunteered at the draft horse area of Midwest Old Threshers for over 30 years, and was instrumental in the addition of “horse power” at the Western Illinois Threshers reunion. He loved to watch wrestling (high school and college), and was a big fan of old country music.

For years he was known as Santa Claus because he would help anyone in any way he possibly could. He was generous to a fault.

Later in life, he spent summers playing with his great grandchildren; Colt, Kamber, and Karrigan, and winters in Donna, TX, where his favorite pastime was going to music jams and making friends. He could often be found in the Green Acres Recreation Hall playing cards or participating in one of their charity auctions. His family was able to join him last January to celebrate his 90th birthday.

Howard will be greatly missed by those surviving him including his daughter Vicki Riegel of Birmingham, IA and his sons, Jim (Laurie) Smith of Fountain Hills, AZ and Doug (Dianne) of Fairfield, IA, four grandchildren; Jason Riegel, Cassia Riegel, Kelsey Smith, and Michael Smith. He is also survived by two brothers Marlin (Mary) Smith of Fairfield, IA, and Lowell (Mary) Smith of Ankeny, IA, and a sister Rosemary Watson of Oklahoma, OK.

He was preceded in death by his wife Shirley, siblings Winfred, Wayne, and Betty, and son-in-law Bruce Riegel.

Per his wishes he has been cremated and will be buried with Shirley in the Blakesburg Cemetery at a later date.

In lieu of flowers, cards and memorials may be made to Birmingham City Park and mailed to:

A celebration of life will be held Saturday, October 10th 11:00 AM – 2:00 PM at the Birmingham City Park. In case of inclement weather, the celebration will be moved to the Lions Club building also in Birmingham.

On line condolences can be made to the family at: behnerfh.com.