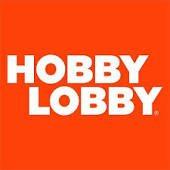 “Hobby Lobby is coming to Ottumwa. We anticipate construction and renovations to begin in April with a projected opening in late summer 2017,” Hobby Lobby Communications Coordinator Bob Miller said Friday after personally confirming the rumors that had been circulating about a possible new store in Ottumwa.

Miller noted that “we’ve had our eye on Ottumwa for a while and we are grateful to finally have a location”.

The verbal confirmation from Hobby Lobby came at a confusing time for Ottumwa locals.

With Phillips Edison tight-lipped about its plans for the store and unconfirmed statements being released all over the place, the community can breathe happily knowing Hobby Lobby itself has confirmed the new store.

On Friday, City of Ottumwa Mayor Tom Lazio said, “I am excited they’re coming… we didn’t want to preempt anything before Hobby Lobby made their announcement”.

Mayor Lazio added that the city had been working with Phillips Edison and information that was “public knowledge” concerning the proposed store.

Ultimately, Hobby Lobby will make an appearance in the former K-Mart building sometime next year.

Information released by Hobby Lobby’s Bob Miller noted that “the Ottumwa store is expected to bring about 35-50 jobs to the community paying $15.35 per hour for full-time and $10.23 per hour for part-time associates”.

Hobby Lobby will take approximately 1/3 of the space that K-Mart once occupied.

Officials continue to be tight- lipped about who might move into the remainder of the building.