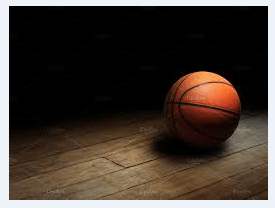 The high school basketball season officially came to a close Friday, March 13, as four champions were crowned at the IHSAA Boys Basketball State Tournament in Des Moines. Ankeny is the 4A Champ, knocking off Waukee 78-70; Norwalk the 3A winner, beating Sergeant Bluff-Luton 70-68; Boyden-Hull won by double digits, 64-51, versus North Linn, Troy Mills in 2A; And Wapsie Valley, Fairbank took home the title in 1A with a 65-53 victory over Bishop Garrigan, Algona.

Multiple area student-athletes have been honored as all-conference selections as well. Ottumwa’s Trae Swartz was a unanimous selection for the all-CIML Metro conference. Joining him on the all-conference team were Joe Hammer and Gatlin Menninga, both on the second-team, and Kie Glosser and Adam Greiner as honorable mentions. For the girls, sisters Allison and Grace Bookin-Nosbisch are first-team CIML Metro selections, Kacy Nickerson and Kaylee Bix both made the second-team, and Kathryn Nelson is an honorable mention.

For other area schools, Van Buren County’s Taryn Scheuermann and Isabel Manning along with Sigourney’s Megan Stuhr were selected to the all-state team by the Iowa Print Sports Writers Association. Van Buren’s Tony Davison was also a second-team selection in the South Division. Griffin Greiner (first-team) and Landon Becker (second-team) of Cardinal placed on the all-South Division teams as well.

Sigourney’s Mason Harter was a second-team selection in the South Iowa Cedar League.