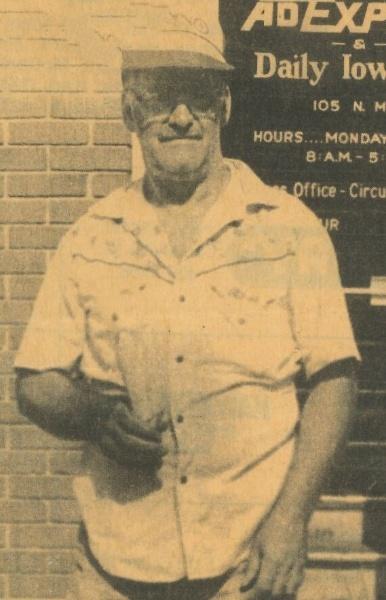 Herbert was born on December 7, 1937 in Omaha, Missouri, the son of Clarence and Roxie (Shelton) Mathes.

Herbert worked as a farm hand for many years.  He enjoyed going up to the White Oak Grill in Exline to visit with those who where there.  He has been described as the type of person who has never met a stranger.  Herbert was also fond of gardening and doing other yardwork.

Those left to honor Herbert’s memory are his long-time friends and close neighbors, Jim (Sharon) Burns of Exine; as well as several nieces and nephews.

Funeral services will be held at 11:00AM, Wednesday, March 31, 2021 at Lange Funeral Home and Crematory in Centerville with Pastor Adam Standley officiating.   Burial will follow the service at Rose Cemetery in Putnam County, Missouri.  A Visitation will take place Wednesday, March 31, 2021 from 10-11AM at Lange Funeral Home in Centerville.  Memorials have been established to the Herbert Mathes Memorial, to be determined at a later date, and may be mailed to Lange Funeral Home and Crematory, C/O Mathes Family, 1900 South 18th Street, Centerville, Iowa 52544. Condolences may be shared online at www.langefh.com.