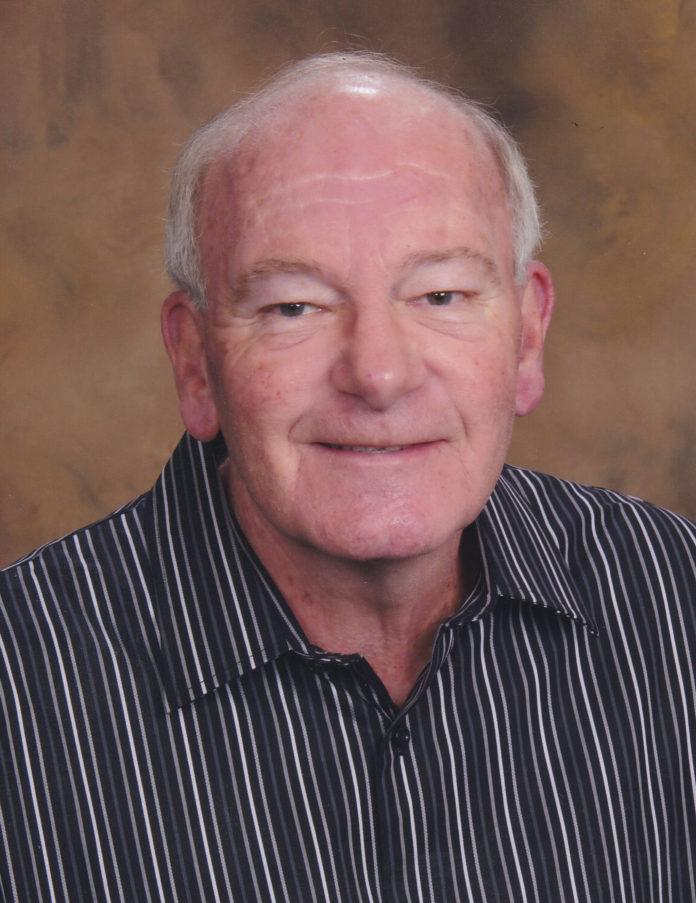 Funeral services will be held at 10:00am, September 20, 2021, Behner Funeral Home with Danny Cary officiating.

Herb and Jo Ann (Clevenger) were married on June 6, 1965, in Monroe, Iowa. She passed away on January 25, 2007.  He is survived by sons Jay (Dawn) of Stilwell, Kansas and Cary (Lara) of Urbandale; his three granddaughters, Taylor, Jessica and Hannah; and his brother Wayne and niece Brenda (Pokey Sanchez) in California.

He was preceded in death by parents Lester and Helen Justmann, his brother Lester, sister Ann, and wife Jo.

Herb lived most of his professional life and his retirement in Fairfield spending many years as a teacher and coach. He also taught and coached in Calamus and Nashua, Iowa. Herb’s memories were filled with various teams he coached and players he grew close to, on and off the court.

Throughout his life, people would approach him in the grocery store and reminisce about taking driver’s education from him at Fairfield High School. Following his teaching career, he sold real estate in Fairfield, while continuing to play golf with friends. Additionally, he was a past member of the Elks Lodge.

If you visited with Herb, you likely heard about either sports or Las Vegas. He loved his Los Angeles Dodgers, Iowa Hawkeyes and slot machines.

Herb was proud to have played high school basketball for the legendary Johnny Orr and college basketball at UNI for Hall-of-Famer Norm Stewart.

Herb was grateful for the love and support he received from doctors and nurses at Jefferson County Health Center and University of Iowa Hospitals in recent years, and for the compassion shown to him during his late wife Jo’s battle with ALS.

Online condolences may be made to the family at behnerfh.com.