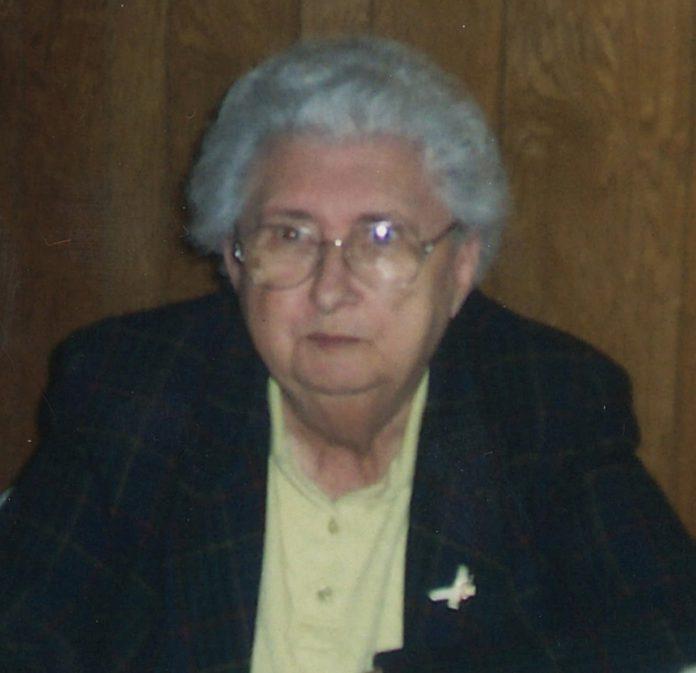 Helen Marie Nelson, 95, of Birmingham, IA passed away on Saturday, January 22, 2022, at the Sunnybrook Living Care Center in Fairfield, IA. Funeral services will be held at 10:30 a.m. on Thursday, January 27, 2022, at the Pedrick Funeral Home in Keosauqua, IA with Pastor Phil Campbell officiating. Burial will be in the Spencer Cemetery near Stockport, IA immediately following the service. Visitation will begin at 2:00 p.m. on Wednesday, January 26, 2022, at the Pedrick Funeral Home in Keosauqua with the family present to greet friends from 5:00 p.m. until 7:00 p.m. Memorial contributions in Helen’s honor may be directed to the Spencer Cemetery Association or to the Van Buren County Hospital. Friends may leave online condolences at www.cranstonfamilyfuneralhome.com.

Helen Marie Nelson was born on December 7, 1926, in Stockport, IA to Frank and Lena Carter Clark. She attended country school and graduated from Stockport High School. While in school she met the love of her life, George Nelson. George was drafted into the Army and returned home after basic training to marry Helen and begin their life together as husband and wife. Helen traveled to Dayton, OH where George was stationed. While there she began working at the hospital. It was clear that her caring heart and loving personality made her a perfect fit at caring for those in need. Helen and George returned to Stockport after his honorable discharge and began their family. The two became loving parents of five children: David, Danny, Patricia, Debbie, and Frank. Helen cared for things at home and worked at the Stockport Nursing Home until its closing. She then was a dedicated employee for many years at the Van Buren County Hospital, as well as several nursing homes in Fairfield, IA. In 1976, the family moved to Birmingham, IA and she would remain there until her health would no longer allow her to. After her retirement for the hospital, Helen remained active by opening a daycare out of her home. When she was not helping others she enjoyed reading, crocheting, and putting together puzzles. Helen would always try and take a trip every year and enjoyed going on trips and out for meals with her siblings. Helen’s life was dedicated to the service of others. She always found comfort in her family and especially enjoyed time spent with her grandchildren. She will be missed by her family and her many friends.