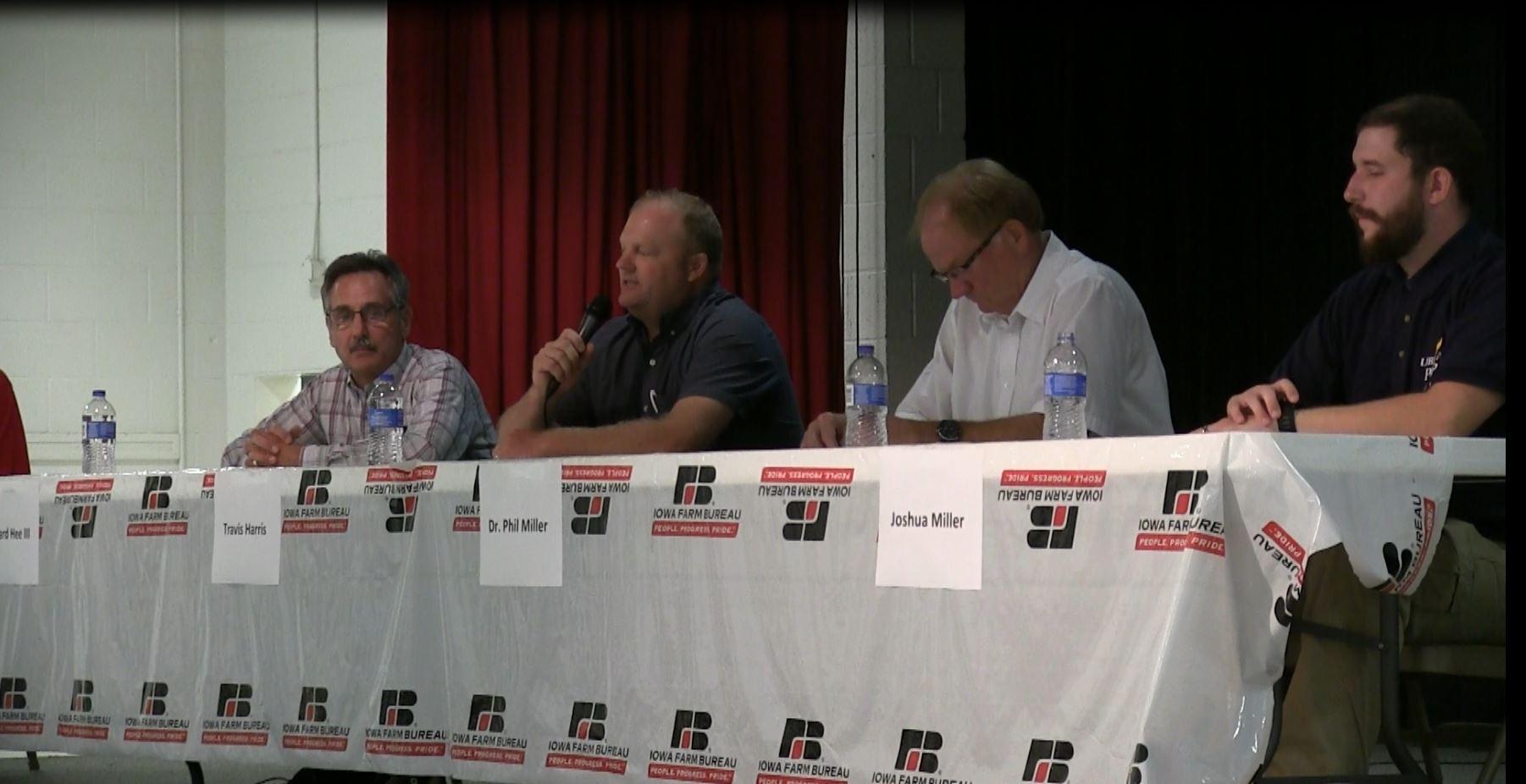 The Robert’s memorial building in Keosauqua, Van Buren County, was the setting of a candidate’s forum Thursday, August 3rd, as candidates for the house district 82nd special election took questions from residents of the district.

One common theme present in the forum was the feeling of disconnect from Des Moin. “I want to represent rural Iowa, I think sometimes folks forget that we’re part of the state of Iowa south of highway 34,” Republican candidate Travis Harris says.

The candidates talked about mental health, all claiming that their district did not provide sufficient services for mentally unhealthy residents.

“I think we have a huge problem with mental health in our area, and we use the justice system to handle it, and we need a better way. I don’t know if that’s reopening facilities, or find more opportunities to have one on one time with people who need help,” Republican Harris says.

The election for the 82nd house district will take place on Tuesday, eighth of August. Polls will be open between 7am and 9pm.