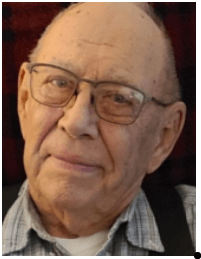 A 1951 graduate of Fremont High School, he served in the U.S. Army from 1951 to 1953 during the Korean War. After returning from the Army, he came home and farmed the rest of his life.

Harold had been a Keokuk County 4-H leader, he enjoyed camping at the Iowa State Fair, trout fishing and gardening. His family always came first; his grandchildren were his pride and joy.

He was preceded in death by his parents; and 2 daughters-in-law.

Visitation will be open at 10 a.m. Wednesday, July 27th at Reece Funeral Home with the family present to greet friends from 5 p.m. to 7 p.m. Wednesday.

Funeral services will be 10 a.m. Thursday, July 28th at Reece Funeral Home with Pastor Bill Hornback officiating. For those unable to attend, the service may be viewed live on the Reece Funeral Home Facebook page. Burial will be at Abel Cemetery near Fremont.

Memorials may be made to Serenity Hospice House in Oskaloosa or Keokuk County Expo grounds.