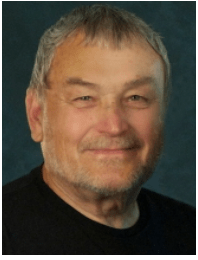 Albert Henry “Hank” Mitchell, 82, of Ottumwa died peacefully on June 17, 2022 at home surrounded by his family.

He was born in Stuart, IA on March 4, 1940 to his mother, Lucille Barbara Schonberger and father, Albert Henry Mitchell.

Hank attended Stuart High School, Class of 1958, and following graduation went into the United States Air Force. He served in the Air Force from July 1959 to September 1964 and was honorably discharged with a rank of AC1 Airman First Class. He trained at Keesler Air Force Base and was stationed in Biloxi, Mississippi; Samsun, Turkey and Berlin, Germany. After his service he started working at North Western Bell (later to be Century Link) and retired as a toll manager of Southeast Iowa in July 2002. He also attended William Penn University for 2 years while working.

He married Kathleen Marie Creager on September 28, 1963 and had 3 beautiful daughters. When Hank was not dancing with his wife Kathleen or cheering on the Iowa Hawkeyes he enjoyed fishing, playing pool, cards, hunting, and engaging in amateur radio station KNOKGX (ham radio).

He was preceded in death by his parents and step father, Ralph Hanson.

Visitation will begin at 11 a.m. Wednesday, June 22, 2022 at Reece Funeral Home with his family present to greet friends from 5 p.m. to 7 p.m. Wednesday. A service will be held at 7 p.m. with Pastor Richard Schlotter officiating. For those unable to attend, you may view the service on the Reece Funeral Home Facebook page.

Graveside services and burial will be 1 p.m. Friday, June 24th at Dexter Cemetery in Dexter, IA.

A Celebration of Life and reception will be held after the graveside services.

Memorials may be made to Hospice serving Davis and Wapello Counties or a charity of your choice.