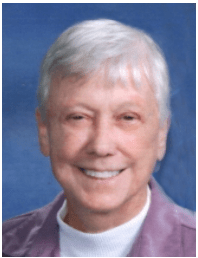 At 5:55 p.m. April 7, 2022, Gladys M. Verhulst, 80, of rural Ottumwa, was escorted to the gates of Heaven with a song and the love of her daughters and others who were with her while at Serenity Hospice House in Oskaloosa.

Gladys worked for over 10 years as a cook for Eddyville schools and was a member of St. Patrick Catholic Church.

She enjoyed knitting, crocheting and reading.

She was preceded in death by an infant daughter; a great-grandson, Trever Lane Gordon; two brothers, Kenny and Raymond; three sisters, Hazel, Bonnie and Linda; and her foster parents, Jim and Bettie Coffman.

Visitation will be open after 9 a.m. Thursday, April 14th, at Reece Funeral Home with family present to greet friends from 5 p.m. to 7 p.m. Thursday.

Funeral services will be 1 p.m. Friday April 15th at Reece Funeral Home with Dan Smith officiating. For those unable to attend, the service may be viewed live on the Reece Funeral Home Facebook page. Burial will be in Calvary Cemetery.

Memorials may be made to Heartland Humane Society, Serenity Hospice House or for masses at St. Patrick Catholic Church.