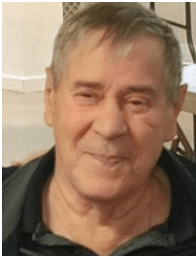 Gerald Robert Houk, 73, of Ottumwa, died at 6:25 a.m. February 5, 2022 surrounded by his family at the University of Iowa Hospitals and Clinics in Iowa City.

Growing up on the family farm in Davis County, Bob graduated from Cardinal Community High School in 1966. He served in the U.S. Navy from 1966 to 1970, during the Vietnam War. He worked as a machinist for John Deere Ottumwa Works, retiring in 1994.

He was a member of St. Patrick Catholic Church, UAW Local #74 and O.B. Nelson Post #3 American Legion. Bob loved being outdoors. He enjoyed fishing and hunting with his dogs; taking all of his grandkids hunting through the years. Bob had a green thumb, raising beautiful vegetable gardens. He especially loved being with his family.

Private funeral services will be held at Reece Funeral Home with Fr. Patrick Hilgendorf and Chaplain Doug McAntire officiating. Military services will be conducted by O.B. Nelson Post #3 American Legion and Walter B. Schafer Post #775 Veterans of Foreign Wars. Cremation will follow the service. Private inurnment will be in Calvary Cemetery.

For those unable to attend the service, you may view the service after 11 a.m. Thursday, February 9th on the Reece Funeral Home Facebook page. Online condolences may be left for the family at www.rfh-ia.com.

In lieu of flowers, memorials may be made to Iowa Heart Association or St. Jude Children’s Research Hospital.