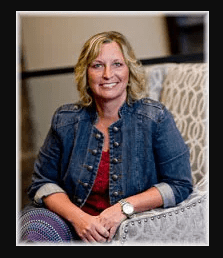 After naming Kelly Genners the interim President/CEO of the Ottumwa Regional Legacy Foundation in June, the Board of Directors announced that Genners will have the interim tag removed from her title.

Genners has been with the Legacy Foundation since its inception in 2010. She was promoted to Vice President of Programs & Initiatives in 2015.

According to a press release, Genners possesses over 20 years of experience in the non-profit sector in the health, education, and community development areas. Genners’ education includes a AA degree from Indian Hills Community College, a Business Administration degree from Buena Vista University, and Master of Science degree from Iowa State University with a Community Development emphasis. She is also a 2013 graduate of the Ottumwa Leadership Academy.

Genners is an Ottumwa native who has served on numerous boards. In a statement, Genners says she is grateful to be the new President/CEO.

“I am deeply honored by the confidence that has been placed in me to lead this important organization and talented team,” Genners said. “I look forward to utilizing my skills in this new role to advance community goals while maintaining the highest standard in grantmaking and nonprofit support.”