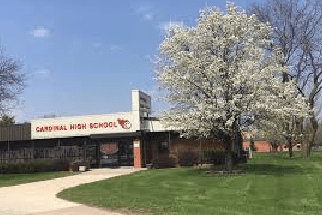 In a meeting Monday night, the school board for the Cardinal Community School district approved a four-day school week starting in August.

Cardinal Superintent Joel Pedersen, an advocate of the shortened school week, talked about his reaction to the board’s decision.

“I’m Certainly excited,” pedersen says. “I’m Also understanding of some of the concerns that are still there and we need to work through those.”

The measure passed with a unanimous vote, with one board member absent. Pedersen says while he understands families will have apprehension with an adjusted schedule, he thinks the benefits of the four-day week should not be forgotten.

“We want to be there,” Pedersen says. “we don’t want this to be something that derails some of the positives of the four-day week because we think we haven’t even tapped all the opportunites.”

Pedersen says the Cardinal staff was polled and 95 percent were in favor of a four-day week. He believes the adjusted schedule will help with teacher retention.

“different generations value different things,” pedersen explains. “you look at some of the younger teachers. they talk a lot about time and time being more important than necessarily money.”

Cardinal will be the fourth school district in Iowa to have a four-day school week when the 2022-23 school year begins. WACO, Mormon Trail, and Moulten-Udell are the other three. Pedersen predicts the shortened week will be more widespread in the future.

“I think you’ll see this move across iowa. I think you’re going to see lots and lots of schools around iowa do this.”

I think it is a smart move and he’s right that many more schools will go this route in the next few years. Change is harder for some than others but it the end it will benefit our whole district, especially our teachers and students.

Can’t see any benefit to parents that work full time!!

I’m curious to know how this is beneficial to all parties. Daycare is too expensive and it’s not jobs are going to allow all the time off. This is more of a burden towards many parents with children 4 or under.