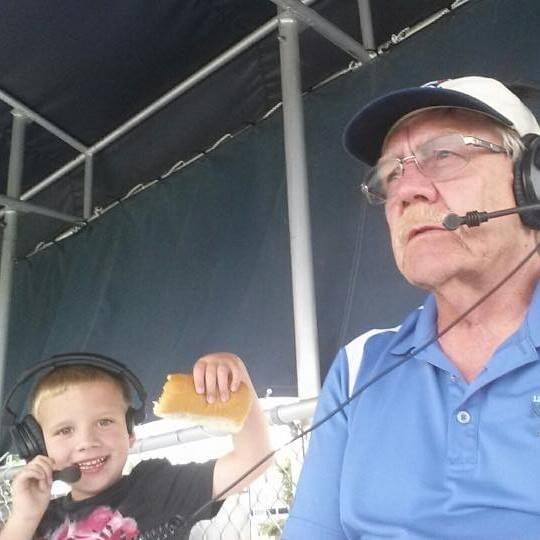 A former member of our radio family passed away Wednesday at the age of 73.

Lance Renaud (pictured with his grandson) was a longtime sportscaster who logged in 50 years behind the mic before retiring in 2018.

A graduate of the University of Northern Iowa, Renaud was a sports and news broadcaster at KBIZ during the 1970s. Renaud also worked in Bloomfield and Oskaloosa.

Renaud was mostly known as the long-time radio voice of the Marshalltown Bobcats since 2000. He also served as the sports director for KFJB and KIX 101.1 in Marshalltown.