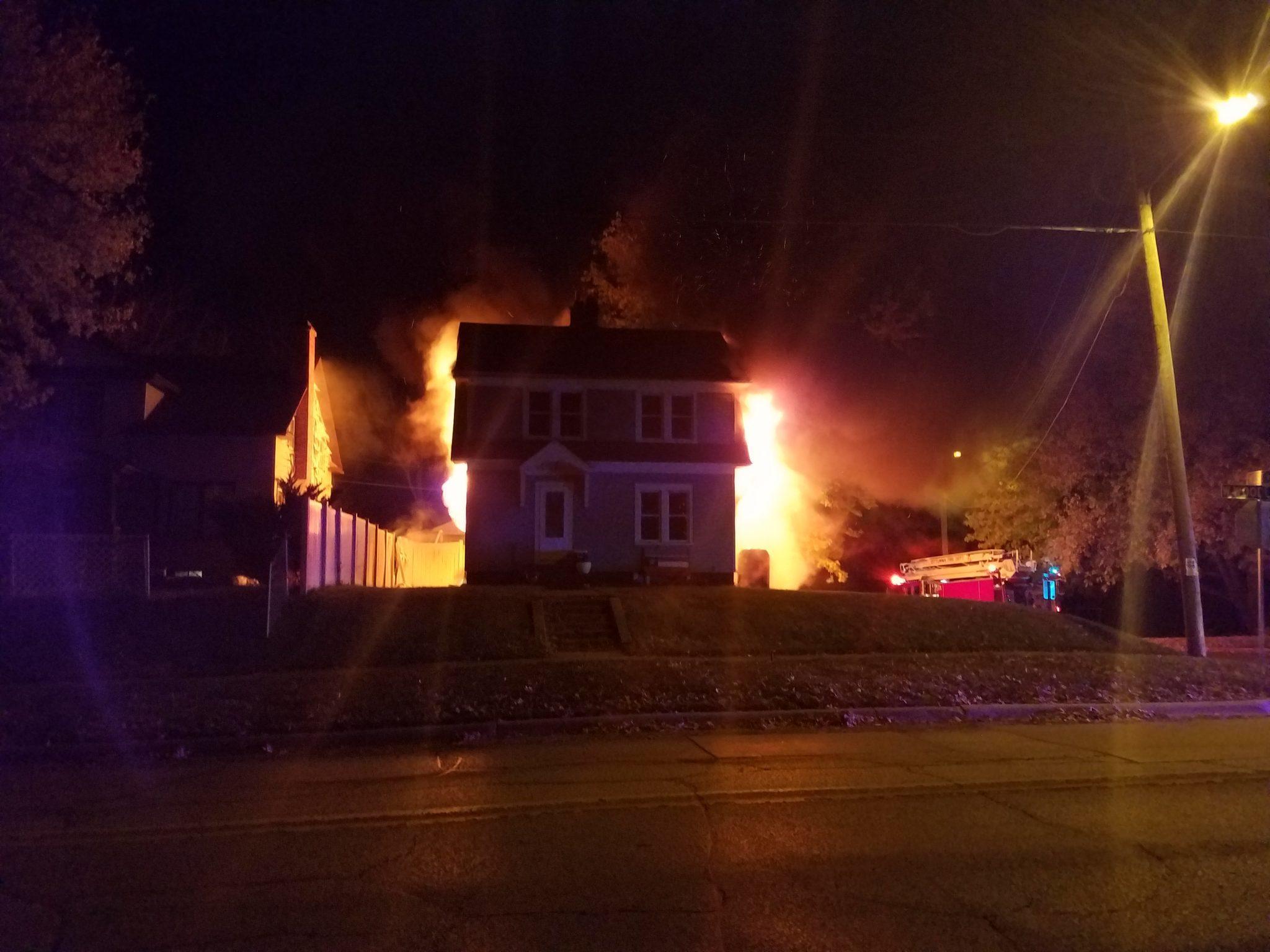 Ottumwa Firefighters looked up at a nearly full moon as they battled a house fire early Friday morning.

Crews were called to the intersection of Woodland and West Street after a resident discovered his neighbors home on fire.

Officials say the neighbor initially believed his own home was on fire after extreme heat and smoke appeared.

Firefighters arrived to find the home fully engulfed with flames showing on all sides.

Wapello County Emergency Management Coordinator Tim Richmond told Ottumwa Radio News that nobody was inside the home when the fire started. Officials later said that a pet died in the blaze.

Firefighters quickly knocked down the bulk of the blaze, but spent considerable time battling a fire in the attic and other hot spots.

The house appears to be a total loss following the blaze. The neighboring home also suffered extensive damage to its siding caused by radiant heat.

The cause of the fire is under investigation.