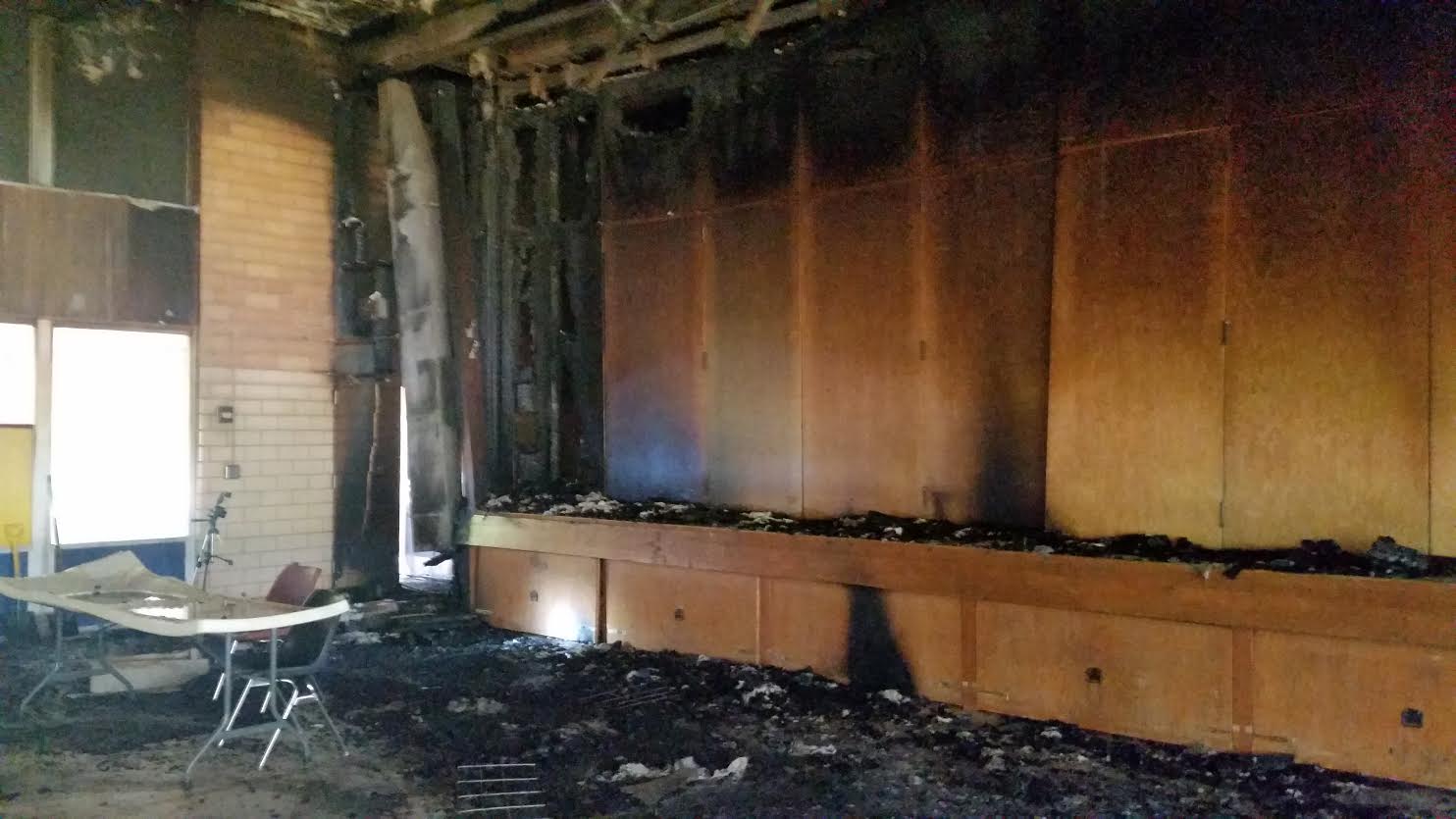 “This whole building was full of smoke and heat,” Ottumwa Fire Department Deputy Chief Cory Benge explains as he points to scorched regions of the gymnasium at Ottumwa Christian School following a fire Friday.

Officials believe the fire originated in a corridor just off the gymnasium floor.

Though Benge notes that the fire burned for only an hour or so and wasn’t very substantial in itself, the damage is evident.

Benge says the fire generated massive amounts of smoke that reached into every open space [including open classrooms] and left almost-irreversible damage everywhere.

Firefighters were able to quickly knock down the blaze once they made entry and determined where the fire was. When they arrived, smoke was pouring out of every corner of the school.

Officials say the school’s prevention and detection technology was outdated.

Benge notes that the smoke detectors in the school were too old to have the ability to contact a dispatch center in the event of a fire.

He adds that the fire was likely burning for more than an hour before anyone noticed the smoke and called 911.

In addition, the school had no sprinkler system installed.

“They just didn’t have that technology when this place was built. More modern schools do have those alarms that call out and sprinkler systems,” Benge added.

Since the building was secured from the outside, officials believe that foul play was not the cause of the fire.

The exact cause of the fire has yet to be determined.

Officials say a release will be compiled pending the culmination of the fire investigation.

A Facebook announcement from Ottumwa Christian School notes that “the school building will not be available for use this school year”.

With around 130 students raging from Pre-K to 12th grade, officials are scrambling to find a suitable space before the school year begins.

The announcement further notes that “we plan to move forward with the new school year with the scheduled start date of September 6th”.

Ottumwa Christian School Principal Arnie VanWardhuizen notes that school officials are still evaluating facility options for the upcoming school year, and an announcement concerning the final decision will be made in the near future.