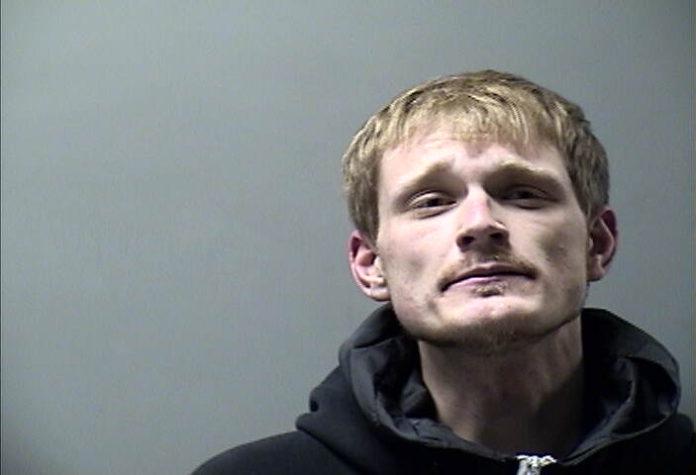 According to court documents, at around 7:40 A.M. on January 14, 25 year old Alexander James Simpson entered an occupied residence on S. Milner Street in Ottumwa. Simpson allegedly entered via the driveway while the homeowner was asleep. The incident report states that Simpson took a hammer, a coin compartment and a lanyard holding keys from the homeowner’s vehicle. Simpson also allegedly took two bicycles from the carport and placed them in the homeowner’s vehicle. The incident report does not state how the police became involved.

The incident report states that while speaking to them, Simpson handed them a glove holding a glass smoking pipe containing a white powdery substance which field-tested positive for methamphetamine. He also allegedly told them to take him to jail.

Simpson has been charged with 2nd Degree Burglary (C Class Felony) and Possession of Drug Paraphernalia (Simple Misdemeanor). He was transported to the Wapello County Jail where he is being held on a $10,000 bond.