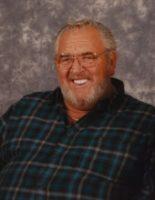 Ernest “Ernie” Gene Weeks, 73, of Eldon, IA passed away Saturday, October 19, 2019 at the Ottumwa Regional Health Center in Ottumwa, IA. Visitation will begin at noon on Wednesday, October 23, 2019 at the Cranston Family Funeral Home in Eldon, IA with the family present to greet friends from 5:00 p.m. until 7:00 p.m. A graveside service will be held at 11:00 a.m. on Thursday, October 24, 2019 at the Floris Cemetery with Pastor Mark Clark officiating. Memorial contributions in Ernie’s honor may be directed to the family. Friends may sign the online guestbook at www.cranstonfamilyfuneralhome.com.

Ernie Gene Weeks was born August 27, 1946 in Davis County, IA to Amos and Rosie Hisler Weeks. With nine brothers and sisters he was always “Mommy’s Little Boy” and it remained that way throughout his life. Ernie attended Eagle Country School outside of Floris, IA and often joked that he attended one day at Davis County High School. On that day he walked in one door and right out the other. He began working at an early age in construction and became a heavy equipment operator for McAninch and later Cole Construction. On September 24, 1984 he became the proud father to Melissa Weeks. He continued to work construction until his official retirement in 2017. Ernie also owned and operated the Lost Lady Saloon in Floris, IA for many years as well as the Playtime in Eldon. Ernie called Eldon home for all of his adult life. He enjoyed taking a trip to the casino, fishing, playing cards and all varieties of car racing. He took pride in his garden and put the canning and cooking skills he learned from his mother to good use. Ernie was a big fan of “The Duke” John Wayne and enjoyed watching any of his movies. Later in life he had the pleasure of becoming and loving grandfather. A role that he did not take lightly. He had a heart of gold and will be missed by his family and many friends.

Ernie was preceded in death by his parents and two siblings, Lundy Weeks and Evelyn Weeks Williams.