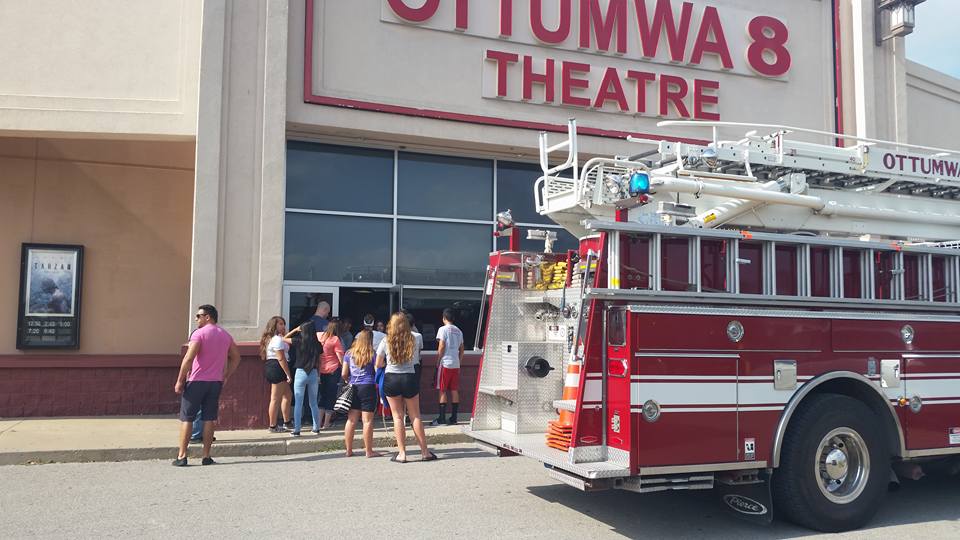 Staff rushed to evacuate moviegoers at the Ottumwa 8 Theater Tuesday afternoon after fire alarms started sounding throughout the building.

The Ottumwa Fire Department was called to the scene shortly before 5pm Tuesday. When they arrived, theater staff had already evacuated the patrons to the lobby.

Assistant Ottumwa Fire Chief Brian Carnahan told Ottumwa Radio News that there was no fire in the building. “[This was] some sort of electrical problem. It triggered the alarms in auditoriums 4 and 7 and on a rooftop unit,” Carnahan added. “They’ve got somebody coming out to look at it.”

Carnahan added that firefighters had to shut off the air conditioning to auditorium 4.

Patrons were allowed back into the auditoriums by shortly after 5:30. Nobody was injured during the incident.