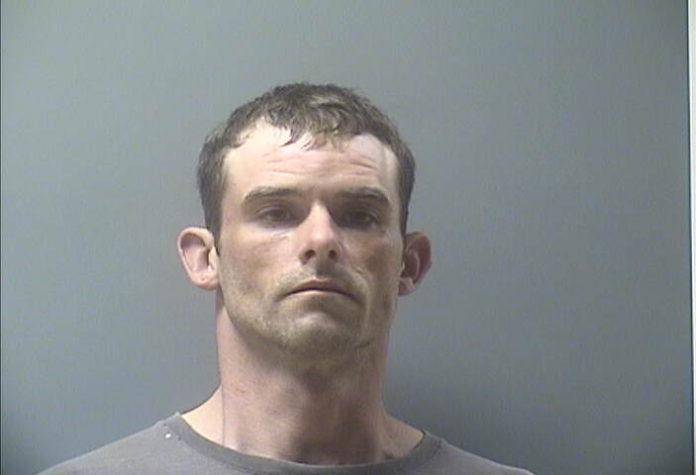 An Eldon man was arrested Monday night after authorities say he was under the influence while driving a vehicle with his child in the car.

34-year-old Jonathan Smith has been charged with possession of a controlled substance, third or subsequent offense (Class D felony), child endangerment (aggravated misdemeanor), and operating while under the influence (simple misdemeanor).

According to the Wapello County Sheriff’s Office, Smith was pulled over at 9:39 PM on Elm Street in Eldon for improper rear lamps and operating a motor vehicle with a rear window that did not permit clear vision. Upon contact with Smith, a deputy smelled the odor of marijuana emitting from the vehicle. Authorities say Smith also displayed bloodshot, watery eyes and Smith’s 5-year-old son was riding in the passenger seat.

Court records say a glass pipe with methamphetamine residue and a clear plastic bag of marijuana was found in the vehicle. Smith showed impairment during field sobriety tests and was placed under arrest. The deputy observed small green bumps on Smith’s tongue which is indicative of recent marijuana use.

Smith was transported to the Wapello County Jail and is currently free after posting bond.