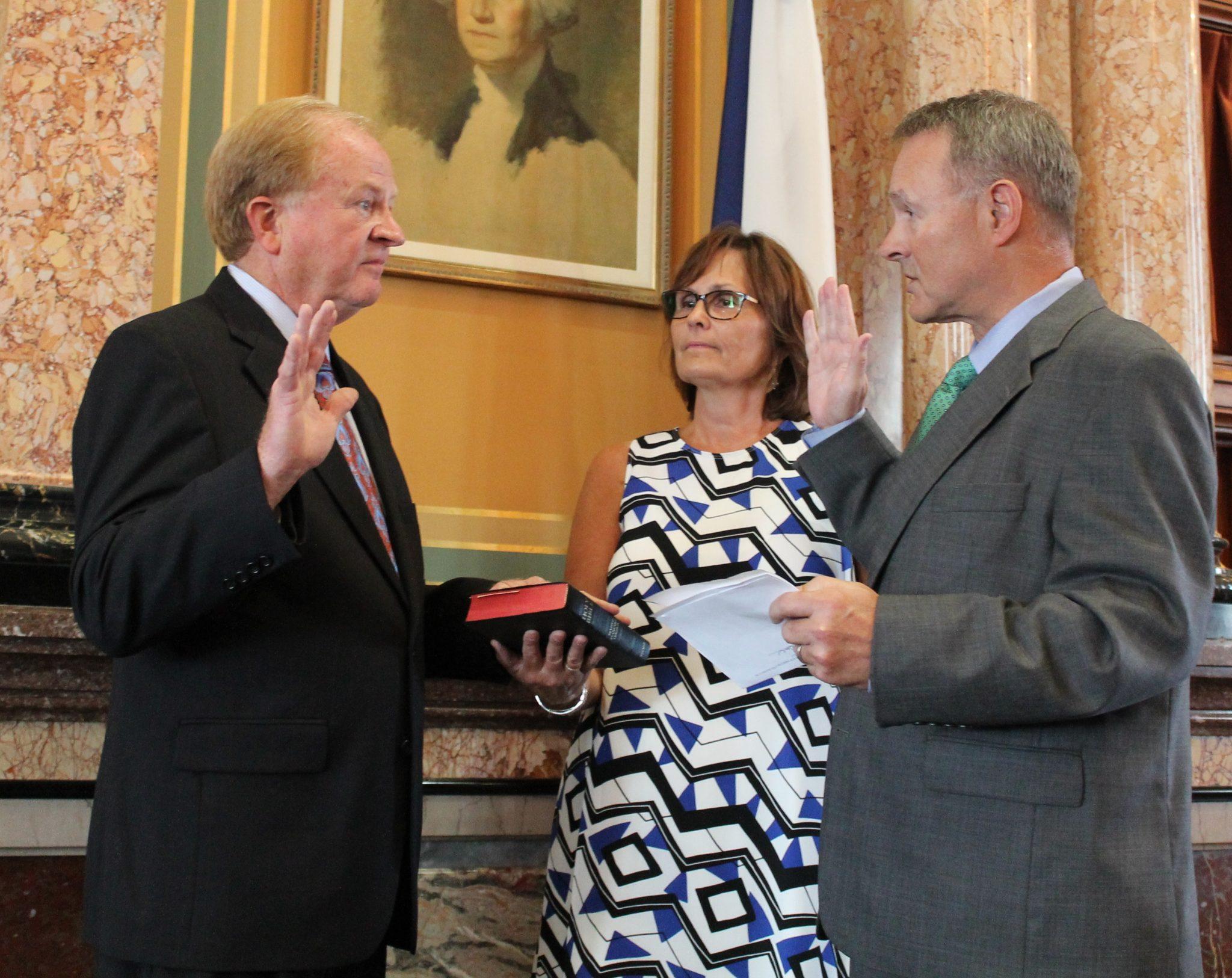 Dr. Phil Miller of Fairfield was officially sworn in to the Iowa House of Representatives on Thursday afternoon in a special ceremony at the State Capitol with State Treasurer Mike Fitzgerald.

“I’m honored to be a State Representative for the people of Davis, Jefferson, and Van Buren Counties.  It’s humbling to follow in the footsteps of Rep. Curt Hanson who served our community so well for many years. Like Curt, I pledge to listen to everyone, put politics aside, and do what’s right for our community,” said Rep. Miller.

Dr. Miller grew up on a family farm in Iowa and was an active 4-H member. He attended Iowa State University, where he earned a graduate degree in veterinary medicine. After college, he joined a large and small animal veterinary practice in Fairfield, The Veterinary Clinic P.C., where he still works today.

“I’ve met so many people over the last month and I know that they are all tired of politics as usual. I’m going to work together with my colleagues from both sides of the aisle to raise wages and create new opportunities in our community; strengthen our local schools; make sure healthcare is both affordable and accessible; and protect our precious natural resources,” added Miller.

In addition to running a small business, Miller has been an active member of the Fairfield community for decades. He was President of the Fairfield Community School District Board of Directors before being elected to the Iowa House.  He is a member of the First United Methodist Church, where he has served on the church council and enjoys singing in the choir. Dr. Miller has also served on the Jefferson County Board of Health.

Rep. Miller and his wife, Connie, are the proud parents of four children and 10 grandchildren. Connie has been the school secretary at Washington Elementary School in Fairfield for over 20 years.

“Before session begins in January, I look forward to meeting more people in my district and learning about their issues and priorities.  I encourage constituents to contact me by phone, email or social media with questions, concerns, or comments about the Iowa Legislature or state government,” said Rep. Miller.