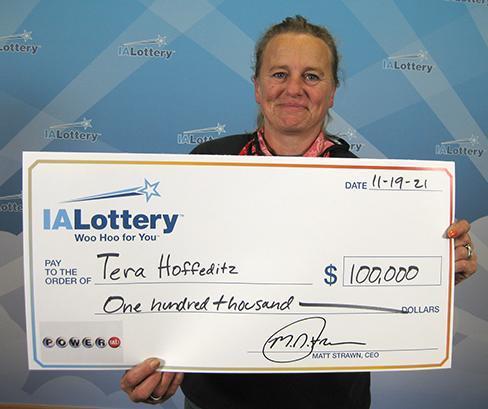 A southeast Iowa woman recently won a six-figure cash prize, according to the Iowa Lottery.

Tera Hoffeditz of Douds matched four of five white balls in the September 18th drawing of the Powerball. Although she narrowly missed the $460.6 million jackpot. Hoffeditz did win $50,000 and was able to double that amount due to her opting for the $1 Powerplay add-on, which multiples non-jackpot winners prizes by up to 10 times.

Hoffeditz purchased her winning ticket at Libertyville Gas & Goodies, 301 Libertyville Road in Libertyville, and claimed her prize Friday at lottery headquarters in Clive.