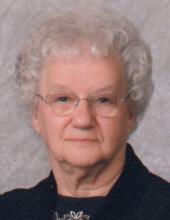 Donna was a member of Northgate Alliance Church.

She was preceded in death by her son, John Wemer a sister, Shirley Larson; a sister and brother-in-law, June and Gib Harding; brothers-in-law, Chet Renfrew and George Shaw.

Visitation will be open at 11 a.m. Tuesday, September 7th, at Reece Funeral Home with the family present to greet friends from 4 p.m. to 6 p.m. Tuesday.

Funeral services will be 10 a.m. Wednesday, September 8th, at Northgate Alliance Church with Pastor Jim Eschenbrenner officiating. The service may be viewed on the church Facebook page, MyNorthgateChurch.

Burial will be in Shaul Cemetery.

Memorials may be made to Northgate Alliance Church.