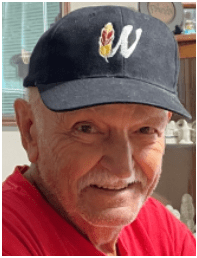 Donald was a graduate of Walsh High School. He was a bricklayer for many years. He also worked at Dexter Laundry until retirement.

After retiring, he worked at the Agency Housing for over 20 years. Donald was an active member of the Agency Fire & Rescue for 37 years.

He was preceded in death by his parents, 3 brothers, 2 sisters and a step-daughter, Peggy Songer.

His body has been cremated. Private graveside services will be held.