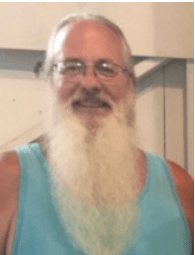 A 1979 graduate of Ottumwa High School, Don had worked at Fareway in Ottumwa, at HyVee in Newton, for Maytag and for Hanson Directory Services.

Visitation will be open at 10 a.m. Monday, June 27th at Reece Funeral Home with the family present to greet friends from 5 p.m. to 7 p.m. Monday.

Funeral services will be 10 a.m. Tuesday, June 28th at Reece Funeral Home with Father Patrick Hilgendorf officiating. For those unable to attend, the service may be viewed live on the Reece Funeral Home Facebook page. Cremation will follow the service. Private inurnment will be in Calvary Cemetery at a later date.

In lieu of flowers, memorials may be made to Hematology & Oncology Center of Iowa.