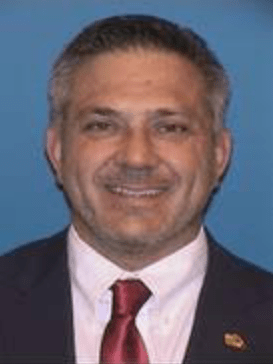 In his first speech since his election as the State Senator of District 41, Republican Adrian Dickey of Packwood voiced his support of a bill that has clear partisan lines.

A bill recently passed by the Iowa Senate would shorten the early voting period in Iowa elections to 20 days (nine day shorter than the current period), move up the deadline for getting absentee ballots to the county auditor’s office, and have voting on Election Night end an hour earlier at 8:00 PM.

Supporters of the bill say the shortened time frame would establish a “sure count” of mail-in ballots. Dickey used his own recent election in January as an example that the changes will not disenfranchise voters.

Dickey claimed 52 percent of the ballots cast in his election were absentee. Dickey concluded by saying placing safeguards on the election process with the shortened 20 day early voting period will not deny people the right to vote.

“It does not solve any real problems. It creates problems,” Bolkcom said. “The bill does not make voting more secure. It just makes it far more difficult.”

In addition to the shortened window for early voting, the bill would set the deadline for any mail-in ballots to be in the county auditor’s office by 8:00 PM on Election Night. Republicans in the Iowa House are expected to pass the bill sometime on Wednesday.