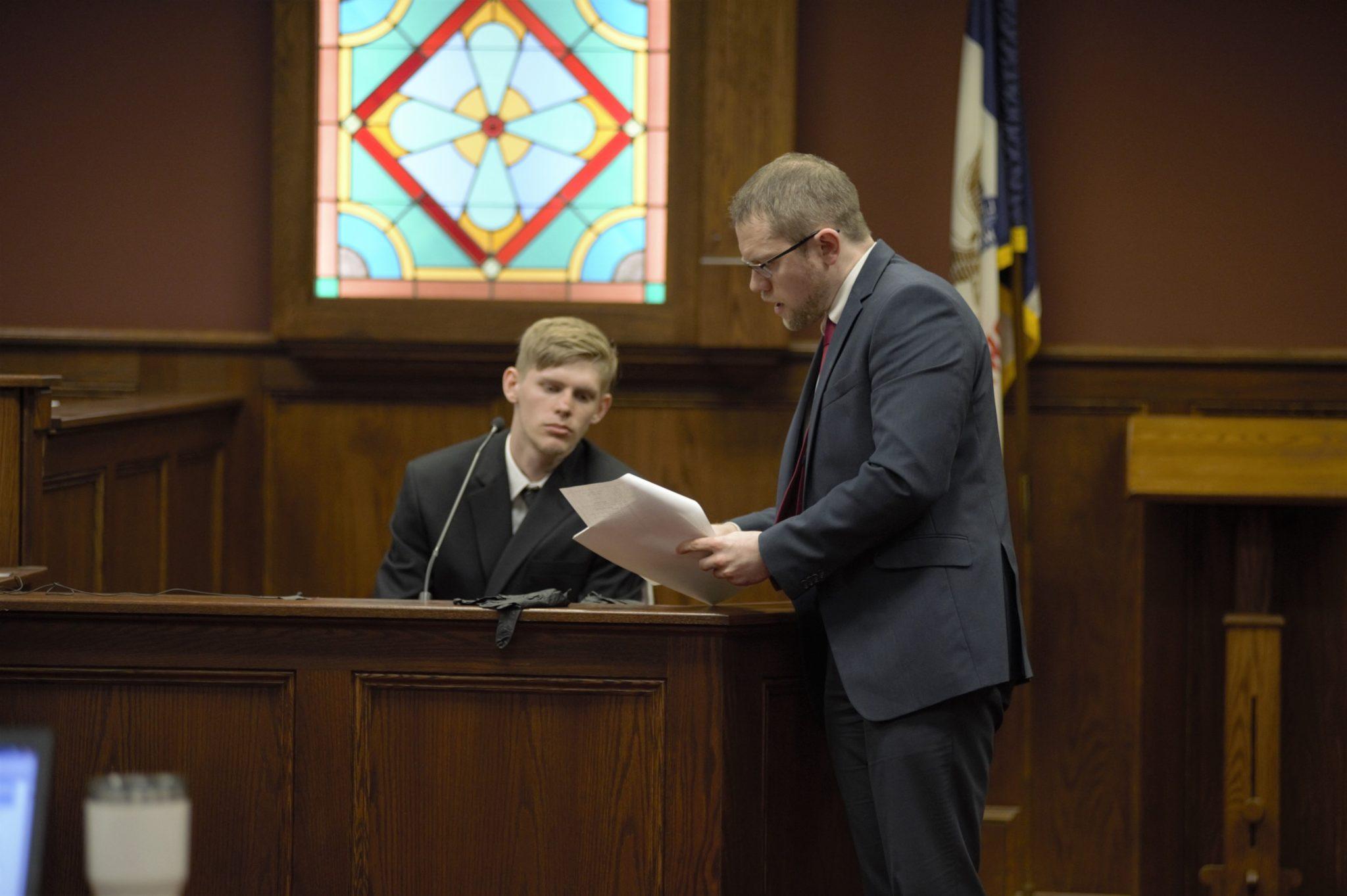 Defense attorneys for Luke VanHemert began presenting their case Thursday afternoon, in VanHemert’s murder trial. The 24-year-old Oskaloosa native is charged with second-degree murder in the stabbing death of former William Penn basketball player Marquis Todd, back in March of 2018. The state rested its case Thursday morning. Although VanHemert has never admitted to stabbing Todd, his attorneys’ strategy during the trial has been to argue that he acted in self-defense.

Thursday afternoon testimony featured only one witness, Elijah Marcus, who was VanHemert’s friend and roommate, and was involved in all of the altercations that took place on March 1, 2018. He testified about the initial car accident between VanHemert and Statesmen player Mikeal Donaldson, the second incident involving the three men, and the final altercation that also involved Todd and teammate D’Angelo Allen. Marcus admitted to smashing Donaldson’s windshield with a stick in the second altercation, although he claimed Donaldson swerved his car at both VanHemert and himself. He also testified that he heard Donaldson say he would be coming back, and bringing others with him.

Marcus’ testimony about the third altercation that led to the fight differed from the testimony offered by Donaldson and Allen the day before. The players claimed they approached VanHemert’s father Stanley in the driveway, and the elder VanHemert began walking away without responding to them. Marcus, however, said that Stanley told the players to leave before walking away. He further testified that one of the players began following Stanley VanHemert, then Marcus was punched by another player.

Much of Marcus’ testimony focused on the injuries he received in the fight. Police photos showed a bloody lip and abrasions on his face, as well as other marks on his lower extremities. He also claimed he was hit on the top of the head during the fight, and his memory “went fuzzy” for a few minutes. Marcus testified that he never saw the altercation between VanHemert and Todd, which took place in the front yard of the VanHemert home while Marcus was fighting in the driveway.

On cross examination, Mahaska County Attorney Andrew Ritland repeatedly attacked Marcus’ credibility. Ritland pressed Marcus on why he hadn’t given several critical details to investigators who interviewed him after the fight, including the claim that Donaldson had swerved his car at Vanhemert and Marcus. He also questioned why Marcus never told police that Jeffrey Beard was also in the car at time of the accident, or that VanHemert had given Beard drug paraphernalia to take out of the house some time before the fight began.

At one point, the battle over Marcus’ credibility became somewhat tense between Ritland and defense attorney Alan Cook. Ritland objected to several of Cook’s question on re-direct, and when Ritland’s turn came to re-cross, Cook immediately objected to Ritland’s first question. Cook tried to demonstrate to the jury that, while Marcus had been evasive with the police on some matters, his testimony about VanHemert’s involvement in the fight had remained consistent throughout.

After Marcus had been excused, Judge Lucy Gamon announced that there were no more evidence or witnesses available for the day, and court was adjourned about an hour earlier than usual. Testimony is expected to resume Friday morning.