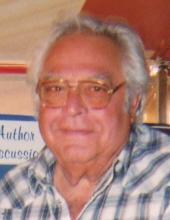 A lifelong resident of Hedrick, David served in the U.S. Navy. He was a truck driver his entire life where he owned and operated his own semi.

He was a member of Arendt-Bowlin-Stubbs Post #83 American Legion in Hedrick and the American Truck Historical Society.
David enjoyed spending time with his friends and family. He had a very special bond with his dad, Earl, and they restored an antique truck together. One of David’s favorite hobbies was taking that truck to antique truck shows. He loved traveling with his friends on their motorcycles where they had taken trips to South Dakota, Canada and Alaska.

He was preceded in death by his parents; a grandson, Joshua Frail; and a brother-in-law, Brent Emery.

Funeral services will be 1 p.m. Wednesday, October 13th at Reece Funeral Home with Pastor Bill Hornback officiating. For those unable to attend the service, you may watch it live on the Reece Funeral Home Facebook page. Burial will be in Deuser Cemetery with military services.

Visitation with the family present will be one hour prior to the service on Wednesday.

In lieu of flowers, memorials may be made to Arendt-Bowlin-Stubbs Post #83 American Legion in Hedrick or to the Hedrick Fire Department.