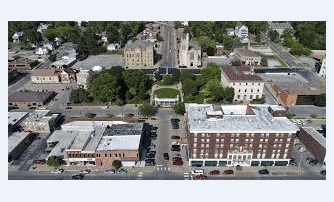 The city of Ottumwa released the results of a poll that was administered to the public two weeks ago.

The poll’s topic was the city’s pit bull and breed-specific restrictions. The survey was available to be answered from April 27 to May 3.

From the questions listed below the following was gathered:

Leave breed-specific language in place where pit-bull as a breed is banned from being within city limits.
Responses
Yes: 336
No: 1192

Allow any dog regardless of breed within city limits and lift the current ban.
Responses
Yes: 1187
No: 347

Allow any breed of animals in city limits with restrictions put in place for “high-risk animals” such as required insurance, microchipping.
Responses
Yes: 712
No: 814

The city added poll results are not definitive and should be viewed as only one way staff and elected officials receive information. For various reasons–such as an individual taking the poll multiple times–poll results shouldn’t be expected to reflect any future action from the City Council.