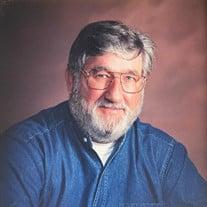 Charles Duane Lowry, son of Elmo and Maxine (Smith) Lowry, was born November 5, 1938, in Oskaloosa, Iowa. He was raised in Oskaloosa and was a 1957 graduate of Oskaloosa High School. As a youngster, Chuck loved to roller skate, and it was at the roller rink in Grinnell, that he met his future wife, Patricia Anne Allbee. They married on November 6, 1960, at the First Presbyterian Church in Grinnell and made their home in Oskaloosa. Chuck worked for Reisman Wholesale as a delivery driver until he was drafted into the Army in 1961. He was stationed at Fort Carson, Colorado and Pat soon joined him. Their first child, Bill, was born in Colorado. After his discharge, he returned to Oskaloosa, was soon hired by Ideal Manufacturing, and served in the Army Reserves for two years. While working for Ideal, Chuck also worked for O. B. & T., driving on his days off. In 1967, he joined the Oskaloosa Fire Department; at that time, the department also provided the ambulance service to the community. Chuck enjoyed the many lasting friendship he developed while serving the community.

After his retirement in 1993, he restored many cars and trucks and was an excellent woodworker, crafting numerous family heirlooms. He was a member of the American Legion, the V.F.W., and the Rolling Oldies Car Club. His grandchildren and his great-grandchild were the highlights of his life.

His family includes his wife, Patricia, of Oskaloosa; his sons and their wives: Rick and Annie Lowry of Indianola and their children: Spencer (Lauren) Lowry and son, Atticus, and Parker, Olivia and Chandler Lowry; and Kevin and Kim Lowry of Oskaloosa and their children: Jordan (Cortney) Lowry and Collin Lowry; and his sisters: Lois (Kenny) Fogle of Sigourney and Sandy June of Muskogee, OK.
In addition to his parents, Chuck was preceded in death by his son, Bill; his brothers: Tom and Jerry; and his sisters: Phyllis and Elaine.
Chuck’s family wishes to express their sincere appreciation to the Mahaska Health Hospice physicians, nurses and staff.

Funeral services for Chuck will be held at 10:30 a.m., Wednesday, June 29, 2022, at Langkamp Funeral Chapel & Crematory. Interment will be in Forest Cemetery with Military Honors by the Oskaloosa Honor Guard. Visitation will begin at 11 a.m. Tuesday; the family will greet visitors from 5-7 p.m. Memorial contributions can be made to St. Jude’s Children’s Research Hospital.