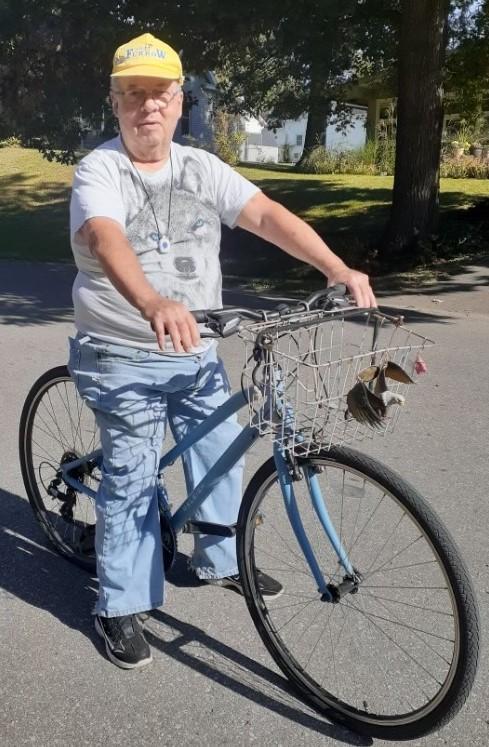 Charles “Charlie” Lee Hall, 75, of Keosauqua, IA passed away on Monday, November 15, 2021, at the Van Buren County Hospital in Keosauqua, IA. A graveside service will begin at 10:30 a.m. on Saturday, November 20, 2021, at the Green Glade Cemetery in Farmington with Rev. Bill Shewmaker officiating. Visitation will begin at 2:00 p.m. on Friday, November 19, 2021, at the Pedrick Funeral Home in Keosauqua. Close friends and family will be present from 5:00 p.m. until 7:00 p.m. Memorial
contributions in Charlie’s honor may be directed to the JCHC McCreery Cancer Center in Fairfield. Friends may leave online condolences at www.cranstonfamilyfuneralhome.com.

Charles Lee Hall was born on September 9, 1946, in Van Buren County, IA to Richard and Dorothy Morre Hall. He attended school in Hillsboro, IA during his childhood. Charlie led a complicated, yet adventurous life in his younger years. He lived by the beat of his own drum. His life allowed him time to travel, and he called many different destinations his home. Eventually Charlie relocated to the county where it all began and settled in Keosauqua, IA. If you passed through Keosauqua there was a good chance that you would see Charlie on his bike. He rode not only for his health, but because it was something he truly enjoyed. Charlie enjoyed fishing, doing puzzles, and attending the truck and tractor pulls held in the surrounding areas. He was a natural with plants and took pride in his garden and his flowers, especially the dahlias. Charlie did not have a lot of family, but surrounded himself with friends that he thought of as family. He had a great memory and would always send out cards on birthdays and special occasions. He loved to shop for small gifts and give them to those he cared about. Charlie would
look out for those around him and helped with anything needed at the Country Lane Apartments where he lived. He will be missed by his family and the many close friends he made along the way.

Charlie was preceded in death by his parents and one sister, Linda. Those left to honor his memory include his cousin, Linda Underwood of Ft. Madison, IA; his close friends, Summer Carr, Lisa Bentzinger, and Marie Tedrow, as well as his Country Lane Apartment family and the many other friends he made throughout his time here.