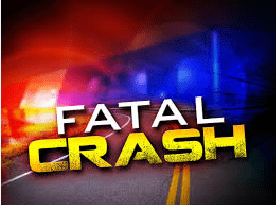 A single vehicle accident took the life of a Centerville man on Friday evening.

According to a press release, at 7:09 p.m. on Friday July 10. the Appanoose County Sheriff’s Office received a report of a roll over accident in the 25000 block of Highway 2 east of Centerville. Law enforcement and emergency personnel responded to the scene where a 2008 Chevrolet pickup truck was found in the north ditch.

The driver of the truck, 24 year old Kolton Gonnerman was pronounced dead at the scene. A passenger, 25 year old Thatcher Carel, was seriously injured and transported first to MercyOne Hospital in Centerville, then taken by air ambulance to a Des Moines hospital.

A preliminary investigation indicates that Gonnerman was traveling west bound in the 25000 block of Highway 2 when he lost control while following a curve. The vehicle left the north side of the roadway and rolled over before coming to a stop in the ditch.

No further details are being released at this time.